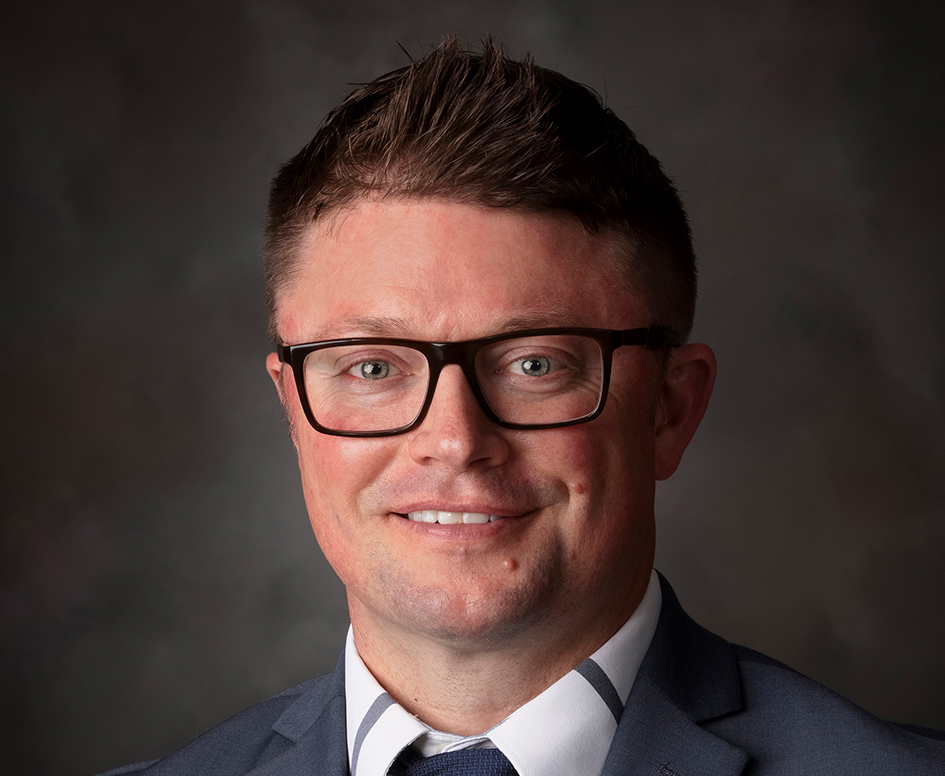 Doug Carlson is the Assistant Vice President and Chief Procurement Officer and has more than 10 years of experience in government finance and procurement. He joined the University in May 2021.

Carlson also proudly serves in the Nebraska National Guard in Strategic Plans and Programs. Carlson’s significant military accomplishments include co-authoring the Air Mobility Plan for nuclear deterrence and global strike, during which he worked to develop the capabilities to conduct military operations before, during, and after a nuclear attack on the Homeland. It was recognized by the Air Force Inspector General as the first ever plan of its kind.

Carlson is a Nebraska native; he and his wife, Michelle, live in Lincoln with their two dogs.