The University of Nebraska—through its four campuses—strives to be the best public university in the country as measured by the impact we have on our people and our state, and—through them—the world.

The Road Ahead
Starts Right Here.

When the place you call home goes on and on in all directions, limitations aren’t something you worry about. We take a wider look at the world, which means we approach problems in ways others might overlook. That means we’re not just making a difference right here in Nebraska; we’re improving lives in all corners of the world. 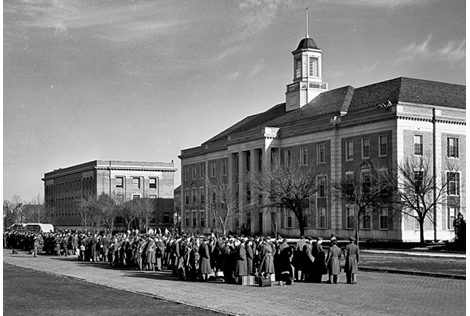 NEBRASKA’S HISTORY IS OUR HISTORY.

On February 15, 1869—just two years after the state was founded—the University of Nebraska was born.

The new land-grant university, founded in Lincoln was created with a goal “to afford the inhabitants of this state with the means of acquiring a thorough knowledge of the various branches of literature, science, and the arts.” For over 150 years, the University of Nebraska has done all this—and more. 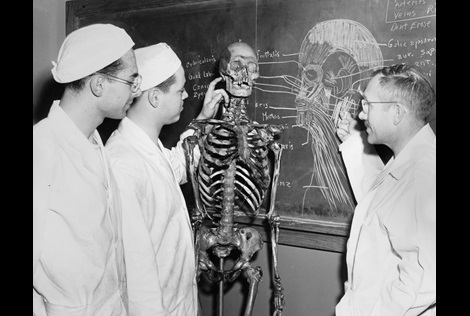 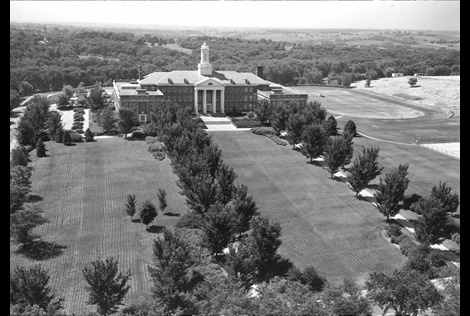 At that time,UNL and UNMC were designated as separate campuses. Today, UNO is NU's metropolitan university and serves urban residents in Omaha, as well as the Omaha community. 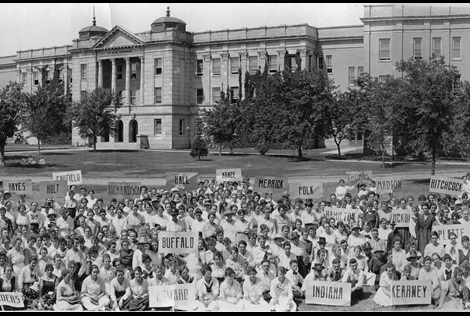 UNIVERSITY OF NEBRASKA EXPANDS TO THE WEST.

First founded in 1905, the Nebraska State Normal School at Kearney was established to educate teachers. In 1963, it became Kearney State College and part of the Nebraska state college system. 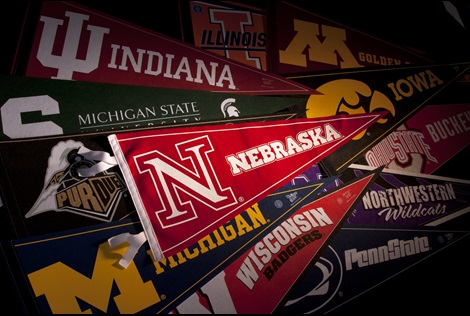 JOINING THE RANKS OF CHAMPIONS.

In 2011, the University of Nebraska-Lincoln was invited to join one of the nation’s oldest Division I collegiate athletic conferences: the Big Ten.

In addition to a strong tradition of stand-out athletes, Big Ten institutions are well-regarded as leaders in research, graduate, professional and undergraduate teaching, and public service. UNL's place in the conference puts it on the same playing field as other top universities in the U.S. 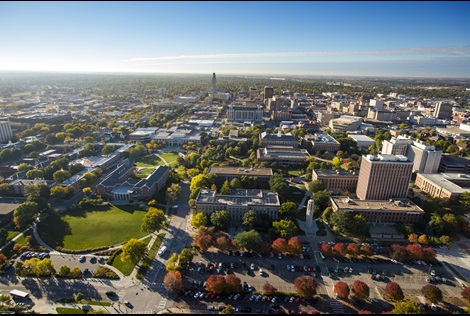 ONE UNIVERSITY. FOUR CAMPUSES. ONE NEBRASKA.

Today, the University of Nebraska is made up of four campuses with unique missions and strengths.

It’s comprised of a land-grant flagship campus (UNL), an academic medical center (UNMC), a metropolitan campus serving urban residents (UNO), and a rural campus focused on undergraduates (UNK). Working side by side, each of the four campuses accomplishes more than if they worked alone. This collaboration benefits not only Nebraska, but creates a greater impact for our nation—and for our world.

When Our Goals are Realized, so is Nebraska's Potential.

These six key goals outline the impacts we’re striving to make within our state and for its citizens.

We want every Nebraskan, everywhere, to enjoy a better life through access to affordable higher education.

With important research initiatives including agriculture, early childhood education, and nanotechnology, we’re working to improve lives here in Nebraska and around the world.

Building and sustaining high-quality programs begins with a focus on teaching excellence and collaborative learning.

Engagement with the State

The symbiotic relationship between the citizens, communities, economy, and the University of Nebraska is important to the future growth of our state.

We’re preparing our graduates to contribute to Nebraska’s talented, competitive workforce and a more knowledgeable community of thought leaders.

We owe it to Nebraskans to maintain a safe, cost effective, and sustainable university environment.

In Doing, We Learn

At the University of Nebraska, we equip our students with the skills and opportunities to do great things.

Not all of our students’ most valuable lessons are learned in Nebraska.

We are among the top 30 U.S. public universities in research and development spending.

From the search to the interview, we help our students land valuable internships with companies all over Nebraska and beyond.

We help students explore, define and accomplish their academic and career goals.

With the Commit to Complete program, our students set goals to graduate sooner with less debt and more earning potential.

We offer our students a quality, fully accredited education when and where it works best for them.

The University of Nebraska: Affordable Excellence

True to our land-grant heritage, the University of Nebraska’s highest priority is

to provide students and families with affordable access to an excellent education. With higher education increasingly linked to individual and economic success,

our commitment to ensuring both affordability and quality has never

Great Education for a Great Value

The University of Nebraska represents a great value for students and families, with tuition costs at least 22 percent below the averages of our peer institutions.

More than half of all University of Nebraska undergraduates receive financial aid that they do not have to pay back—meaning most of our students don’t pay the “sticker price.”

Cost shouldn’t be a barrier for students who want to attend the University of Nebraska. More than 1 in 5 Nebraska undergraduates at the university qualify for full tuition coverage thanks to Collegebound Nebraska, our tuition assistance program for students with high financial need.

No One Ever Won a Scholarship for Doubting Themselves.

ready to make a difference.

The full-ride Regents Scholarship is awarded to outstanding incoming freshmen who are graduates of Nebraska high schools.

Studied at one of the University of Nebraska campuses in 2018-19.

College students that studied abroad in 2016-17.

Represented in the Fall 2018 student body.

Students selected for the Fulbright Program for the 2018-19 academic year.

Graduating is What We Do Before We Do What Makes a Difference. 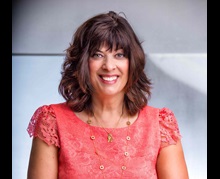 From Working For Warren Buffett To Working With Nebraska’s Greatest Assets: Its Students
UNK ‘88

President and CEO of Borsheims, Omaha’s fine jewelry retailer owned by Berkshire Hathaway, Goracke recently added a new title to make her resume all the more impressive: “UNK Executive in Residence.” She spoke to students at her alma mater, both about the business of retail and her own lessons learned on campus. 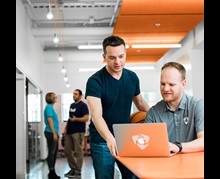 Scoring Big As Part of a Startup Team
UNL ‘06

Together with two other classmates from UNL’s Raikes School, Graff founded Hudl—a Lincoln-based tech startup built to help sports teams better analyze their game tapes. For the past three years, Inc. has recognized Hudl as one of the fastest-growing private companies in the U.S. 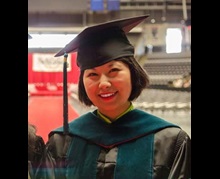 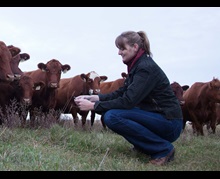 Standing Out From The Herd
UNO ‘15

By combining her interest in innovation with her personal experiences growing up on a ranch, Ostrander created a cattle insemination app called MooManager. In addition to saving ranchers hours of work each day, the unprecedented software company earned Ostrander the Peter Kiewit Student Entrepreneurial Award.

Find Your University of Nebraska

Discover the University of Nebraska campus that fits you best. Learn more and apply online.

We bring higher education to the western part of Nebraska by preparing our nurses, teachers, and other community leaders. 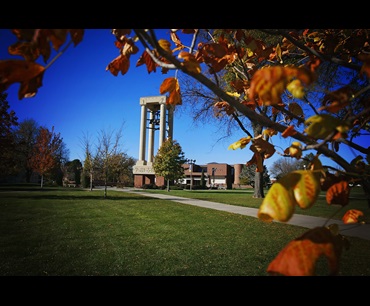 University of Nebraska at Kearney

We’re a land-grant research university and a Big Ten member with a forward-looking spirit of innovation over 150 years young. 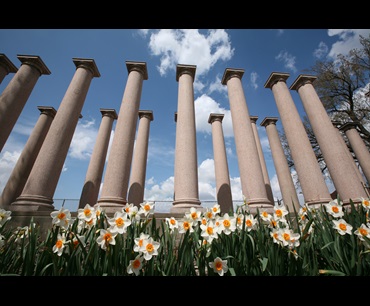 Diseases change, but our commitment to treating them is steadfast. Our primary care program is ranked 6th in the nation by U.S. News & World Report. 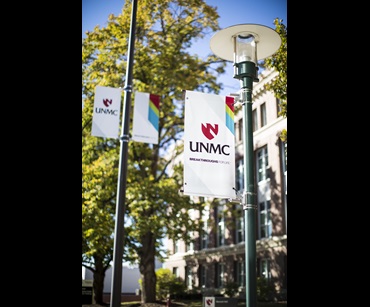 We are a metropolitan university with students, alumni, and faculty who propel the economy that’s propelling our state forward. 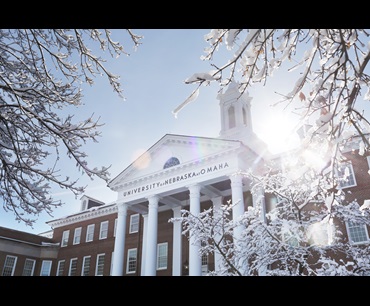 University of Nebraska at Omaha

Learn more about our campuses 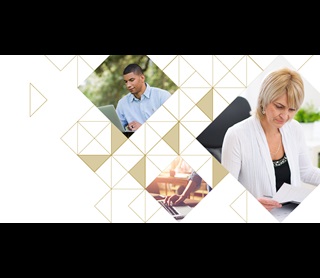 Quality Education, On Your Schedule. 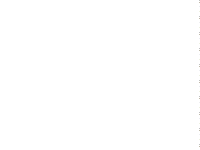 Undergrads receiving financial aid they don’t have to pay back

Year of highest enrollment since 1992