A Message from the First Lady

I am honored to serve as the University of Nebraska’s first lady. While I have only been here for a short time, it hasn’t taken me long to see how special the NU students, faculty, staff and alumni are—and to witness the tremendous impact that the university is making on our state. Since my arrival, I’ve been inspired by the University of Nebraska’s storied history and the institution’s commitment to the future.

Throughout his military career, Ted and I have been stationed across the United States and around the world. We have raised and educated our two children, Brittany and Christopher, in many different countries and cities. Now, we have a new home. I have found Nebraska to be a remarkable place, full of people who are deeply rooted, community-oriented and hard-working. And its only public university is doing big things, with an important story to tell.

We are excited to have found our next calling in serving the people of Nebraska and helping to educate its students. I am grateful to be part of the University family and proud to call myself a Nebraskan.

During their 38 years of service in the U.S. Navy, Ted and Lynda moved over 20 different times, including two moves to Japan. They most recently lived in Annapolis, Maryland during Carter's tenure as superintendent of his alma mater, the U.S. Naval Academy.

In 2019, Lynda received the Distinguished Public Service Award from the Secretary of the Navy for her contributions to the Naval Academy and her dedication to countless military organizations, activities and functions during her time as a military spouse. 2019 was also the year that the Carters' military career came to a close. Lynda packed up their home in Annapolis, Maryland and they moved to Suffolk, Virginia.

In 2020, Lynda and Ted embarked on yet another great adventure, moving to Lincoln, Nebraska, where Ted began his presidency at the University of Nebraska.

In her spare time, Lynda enjoys cooking, entertaining, gardening, traveling and staying in touch with her many friends across the country. The couple have two adult children, Brittany and Christopher.

Lynda and Ted: A Photo Album 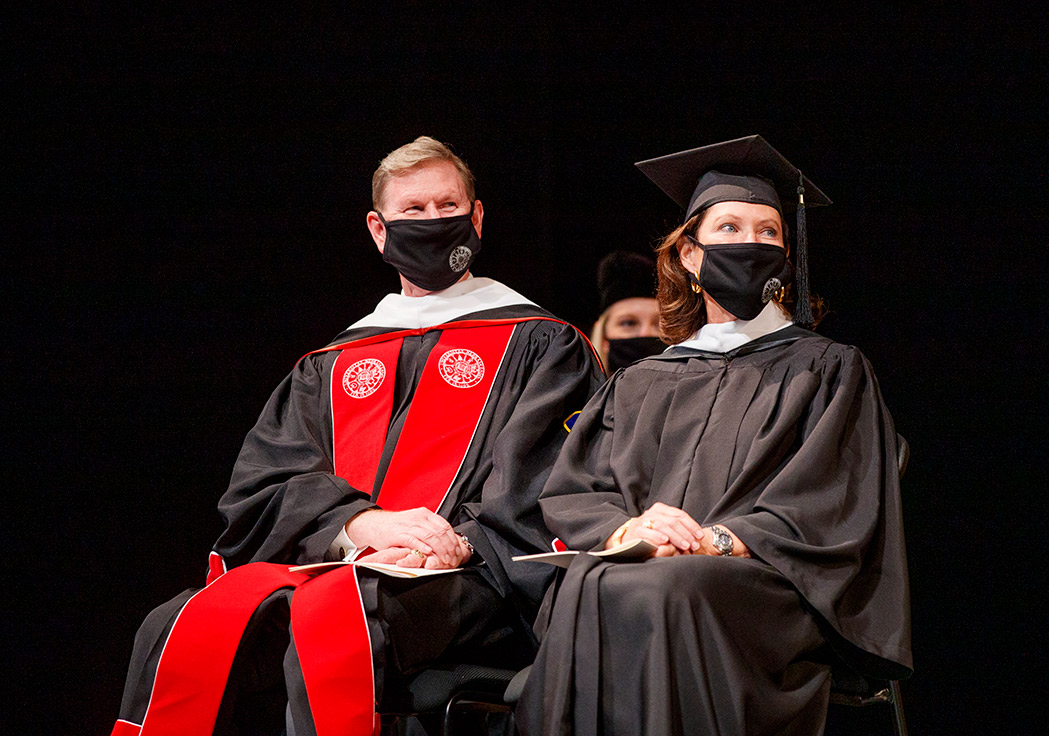 Ted and Lynda inside of the Lied Center for Performing Arts. 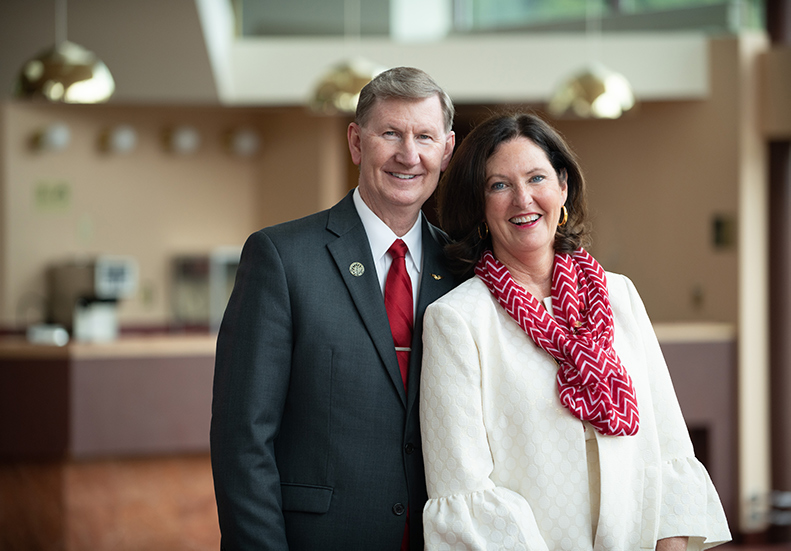 Lynda and Ted Carter attend a garden party event in 2016. 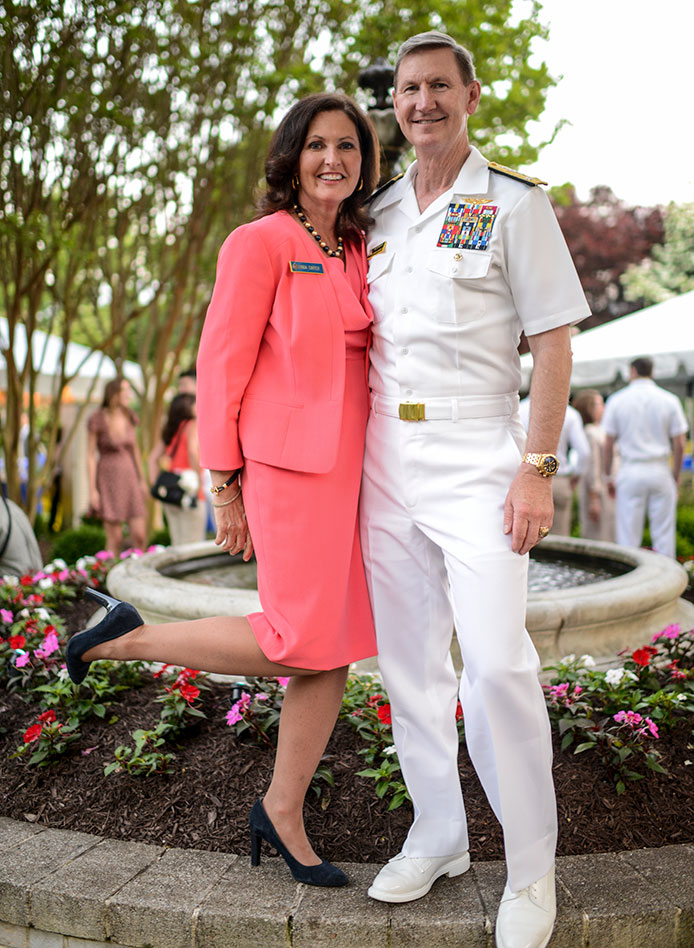 Ted Carter and wife, Lynda, at the UNK Nebraskan Student Union after a priority candidate public forum event in November 2019. 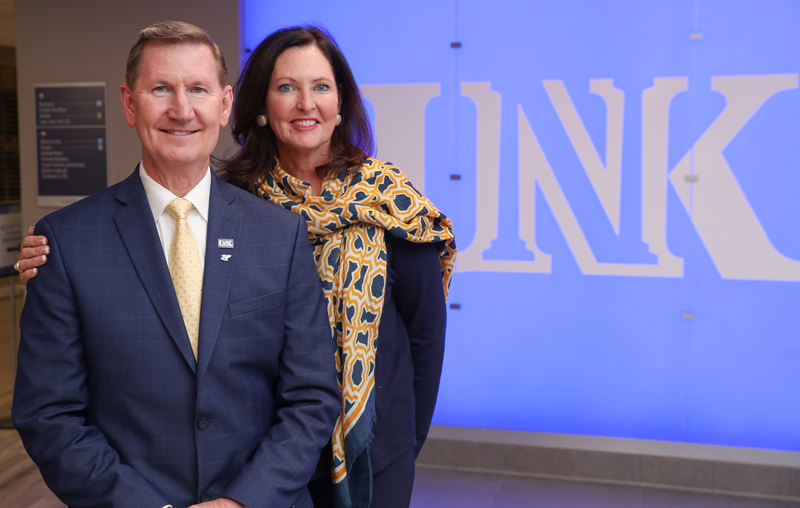 Ted and Lynda Carter chat with Stancia Jenkins, the NU System's Chief Diversity and Inclusion Officer, at a press conference in October 2019. 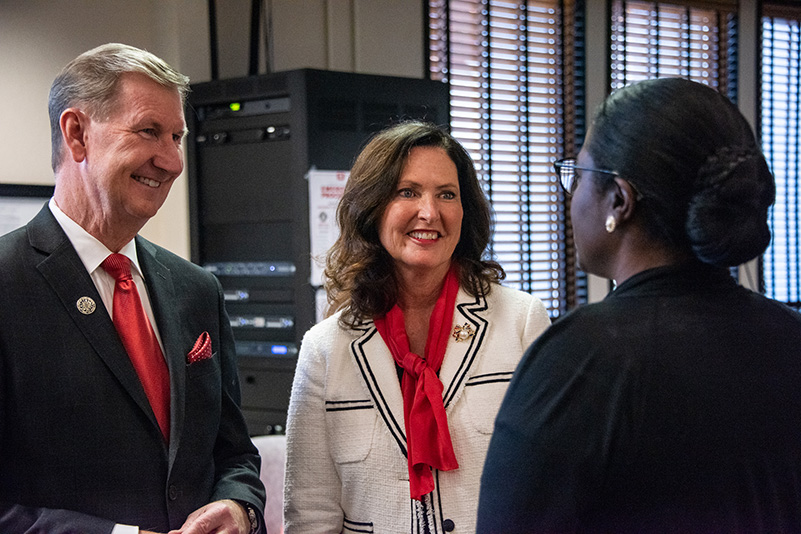 Lynda Carter and husband Ted chat with UNL students during a November 2019 campus visit, when he was the presidential priority candidate. 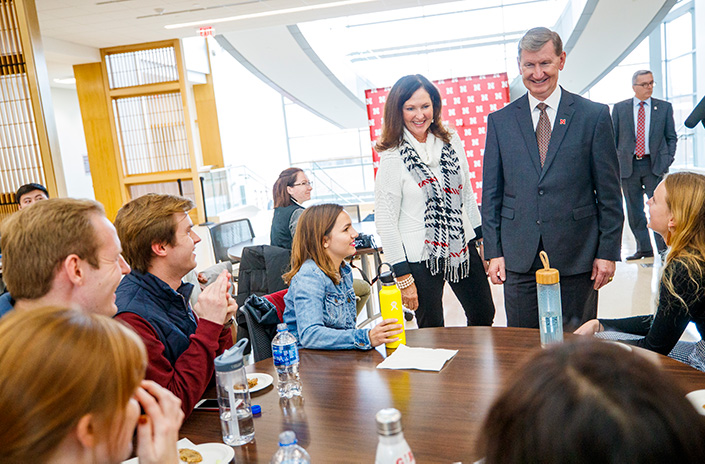 Ted and Lynda Carter with their children, Christopher and Brittany, for a picture taken in Palm Springs, California in 1991. 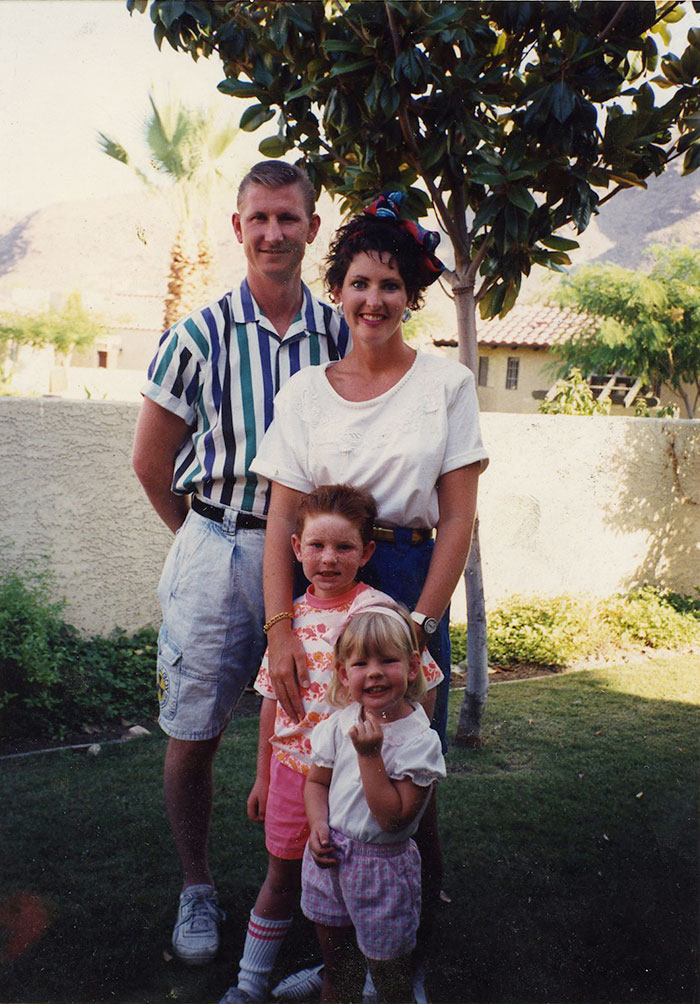 Ted Carter and Lynda Carter at a UNO hockey event in November 2019 during Ted's statewide tour as the NU priority presidential candidate. 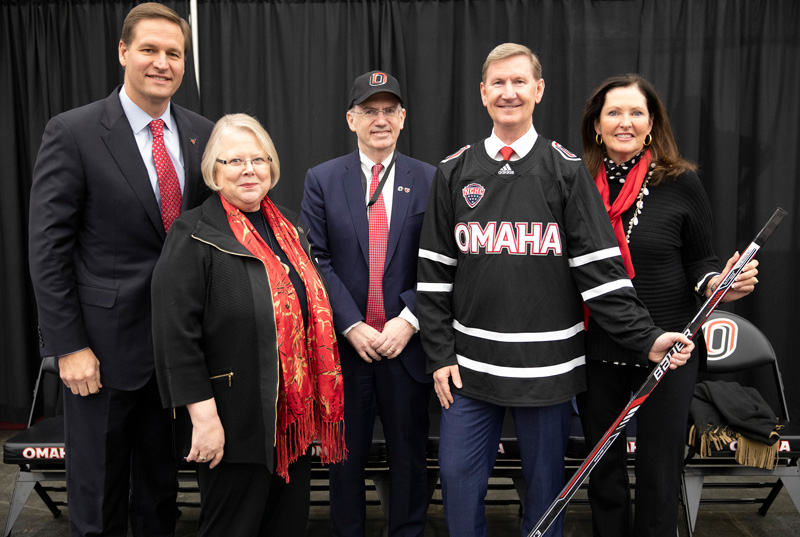 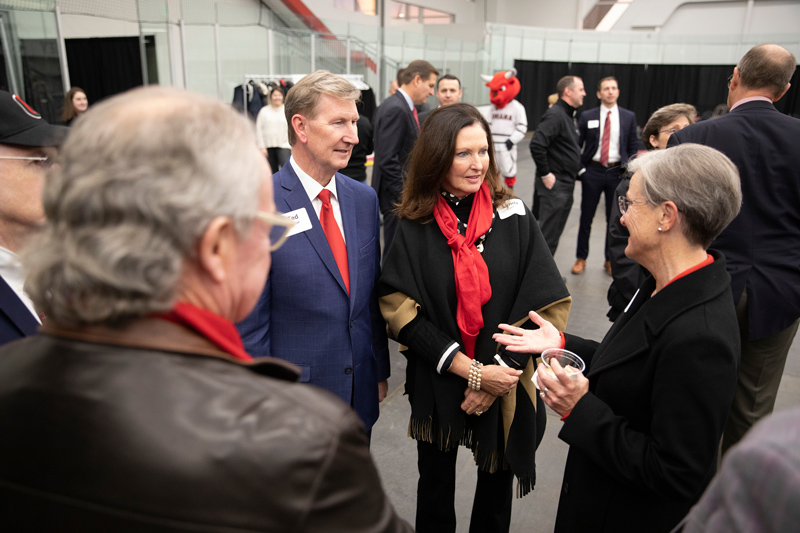 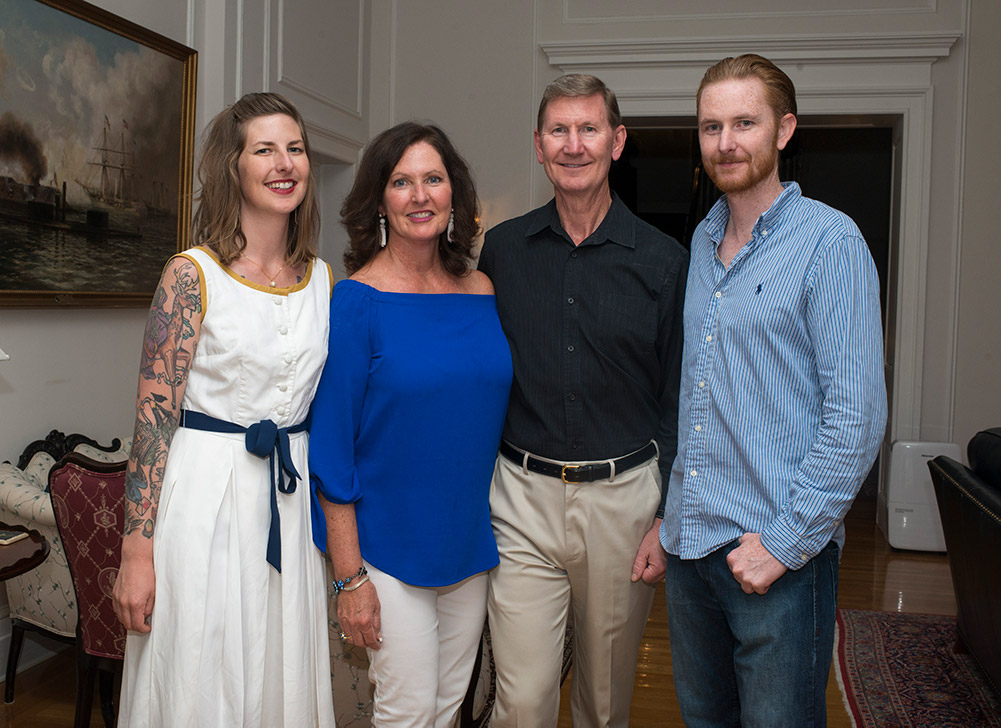 Lynda and Ted Carter greet Board of Regents Chair Jim Pillen at a UNO hockey event in November 2019. 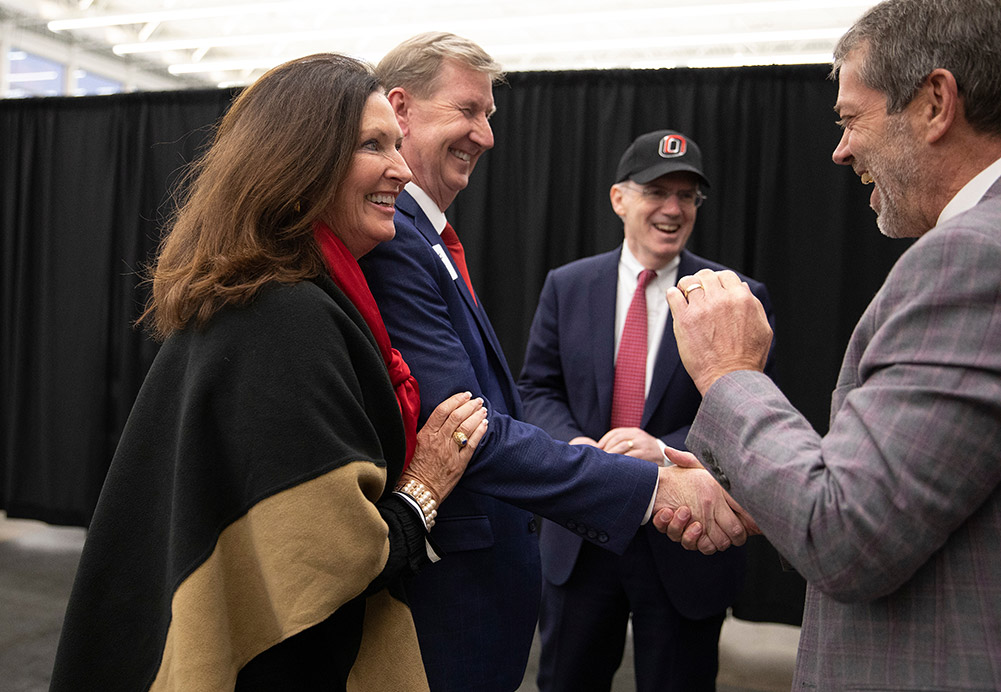 Lynda and Ted Carter at the commissioning of the USS Zumwalt in October 2015. 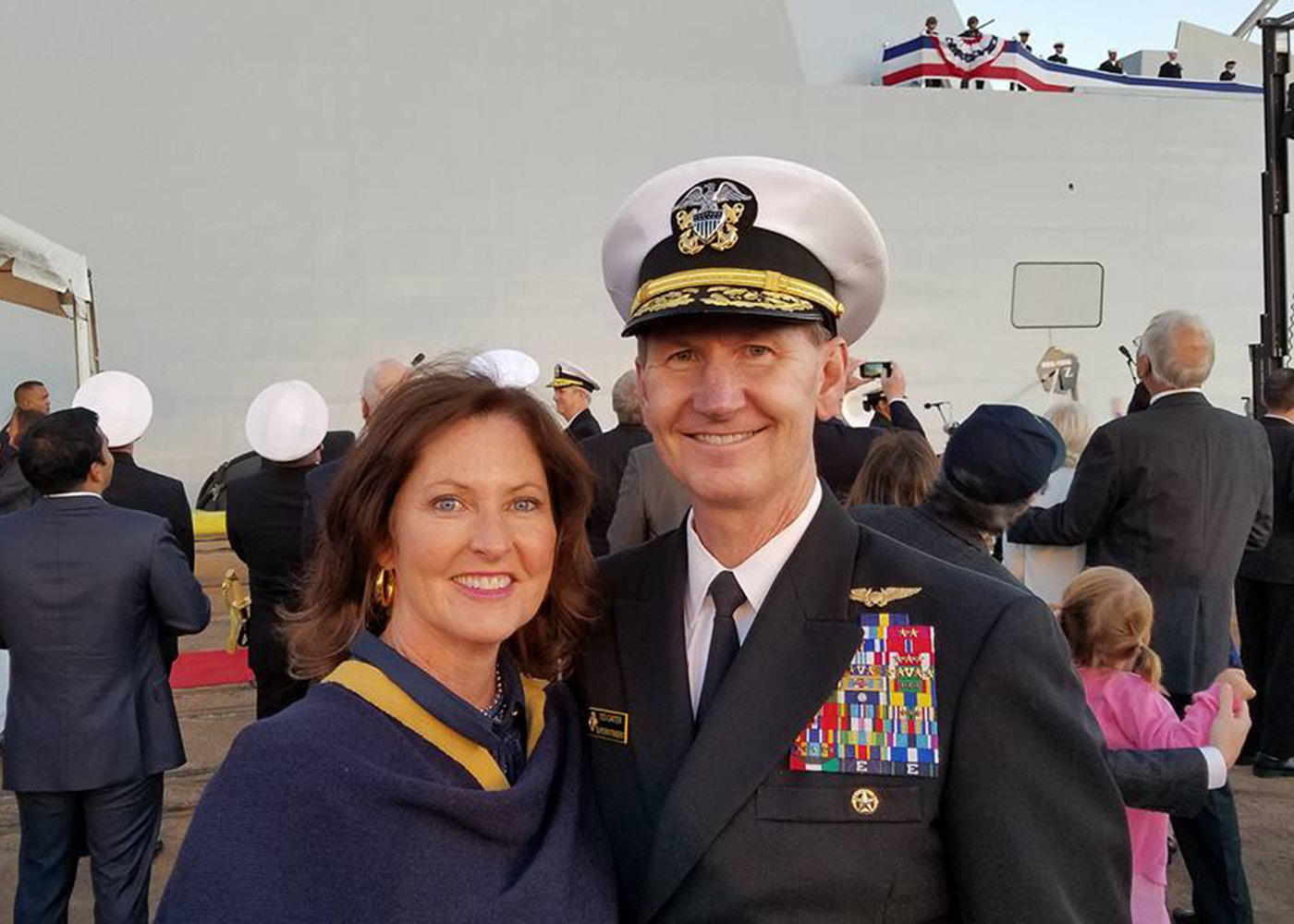 Lynda and Ted Carter are all smiles at their wedding on July 31, 1982. 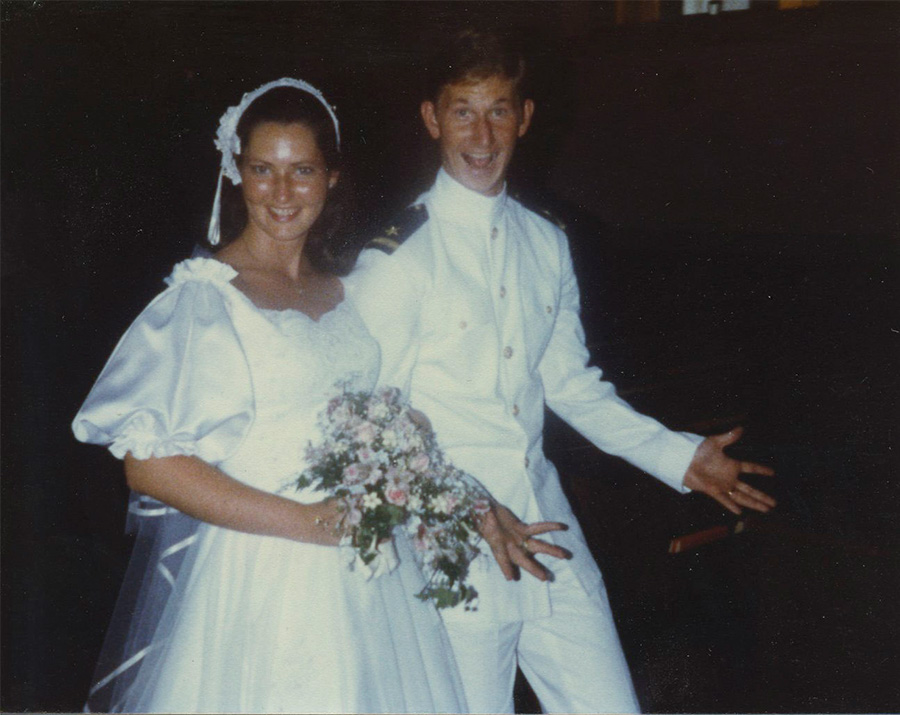 The Carter family smiles for a Christmas photo taken in 1995. 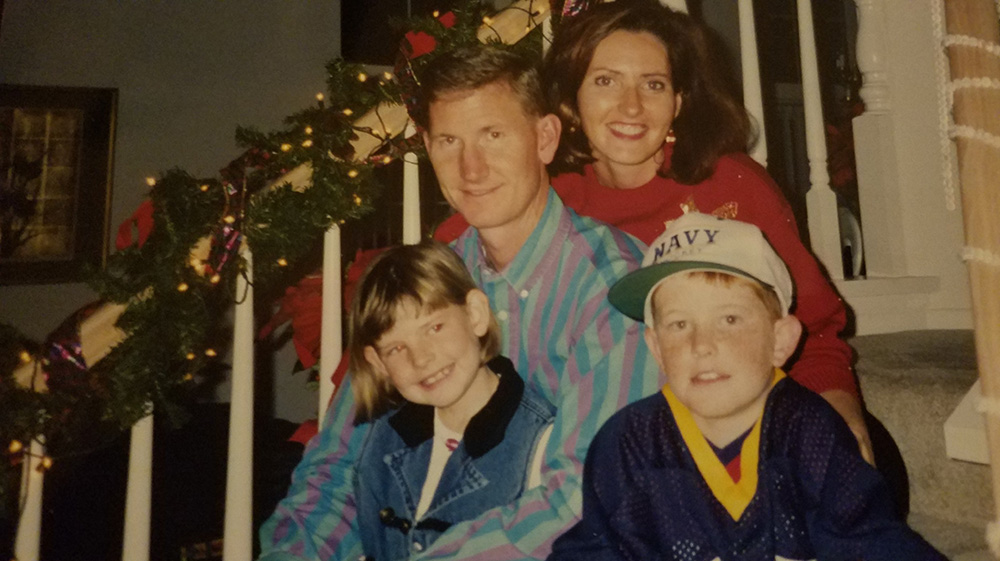 The Carter family watches a 3D movie at Disneyland in Anaheim, California in 1992. 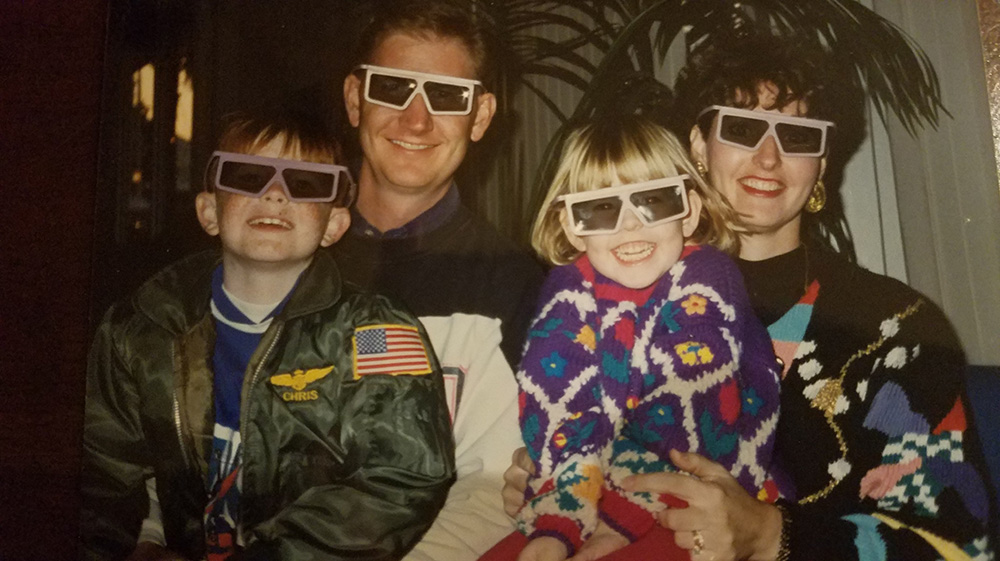 Lynda and Ted in 1999, during his time as commanding officer of Strike Fighter Squadron 14, the Tophatters. 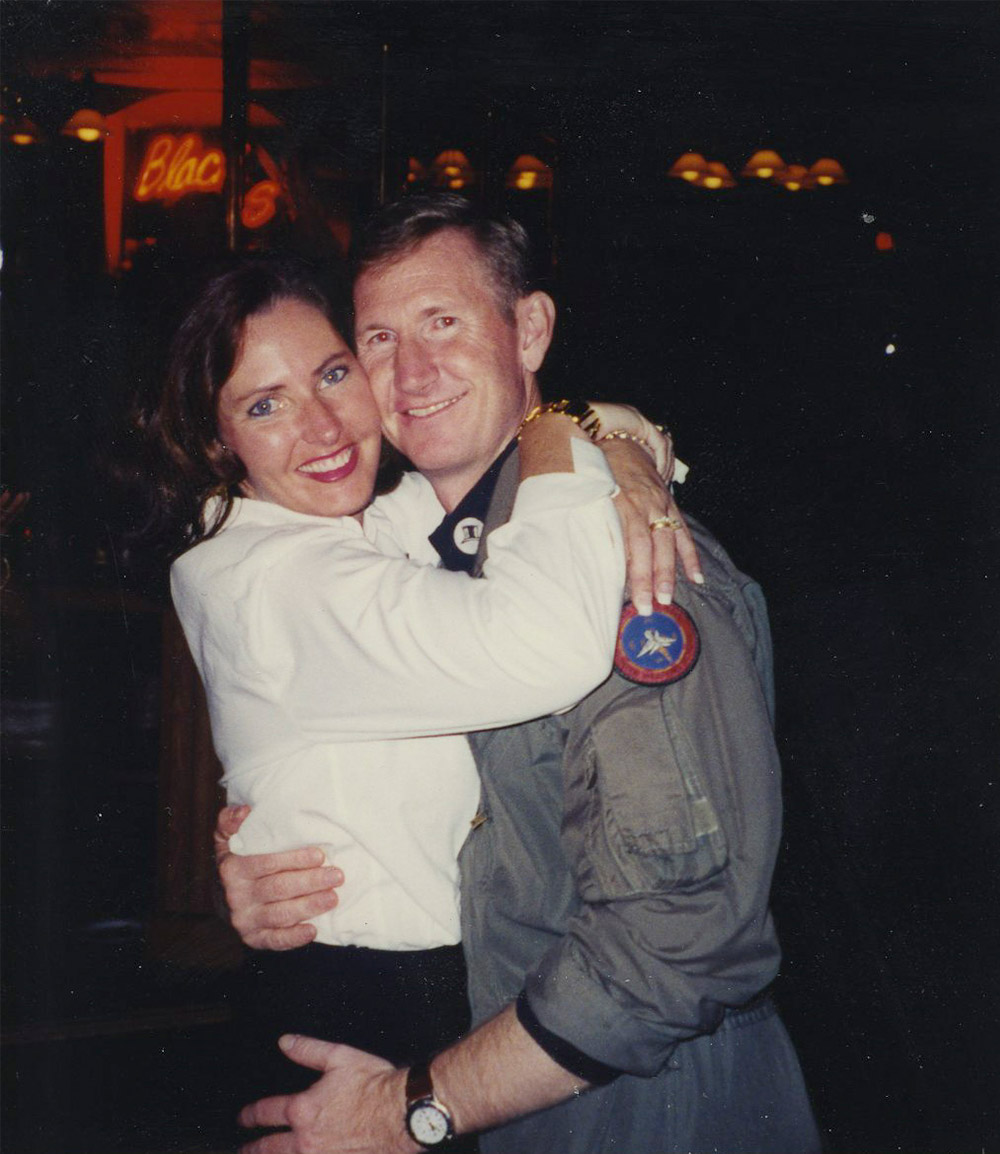 Lynda and Ted Carter's official couple's portrait in front of the University of Nebraska seal in the Varner Hall Boardroom. 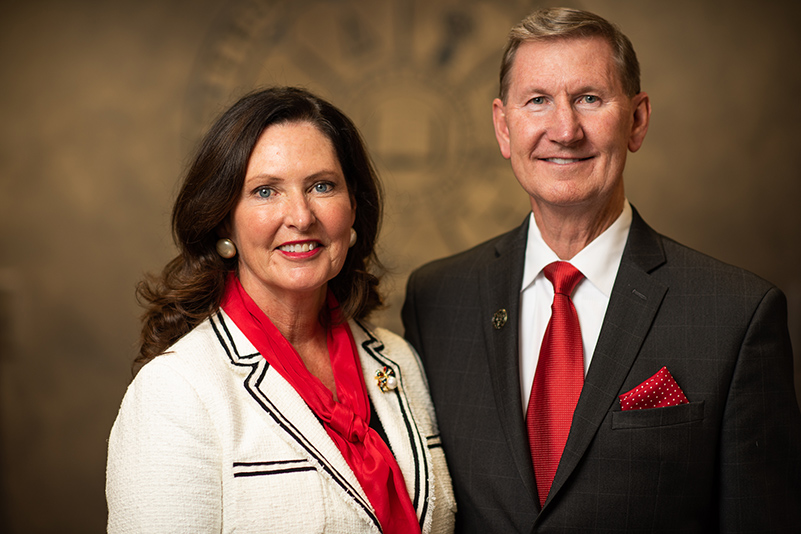 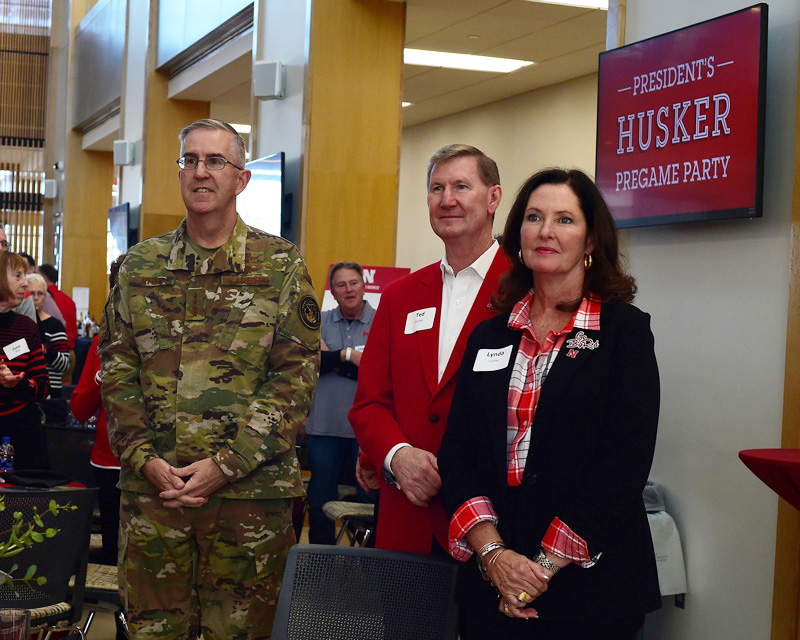 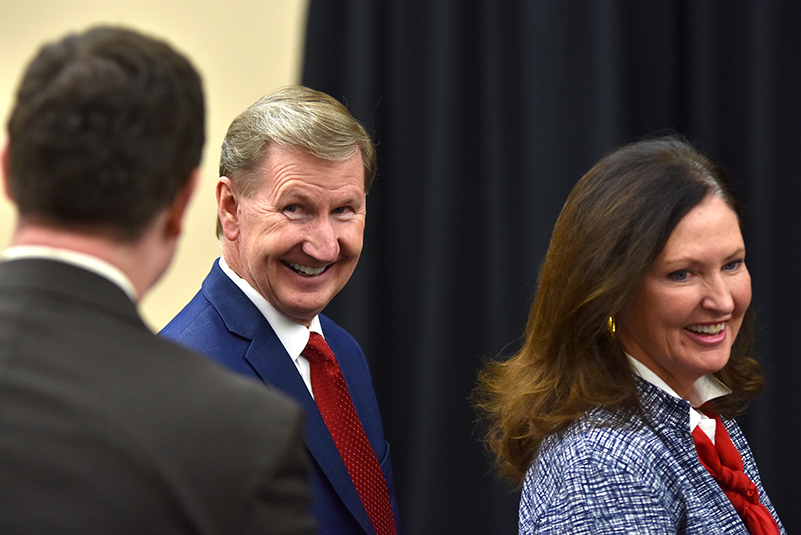 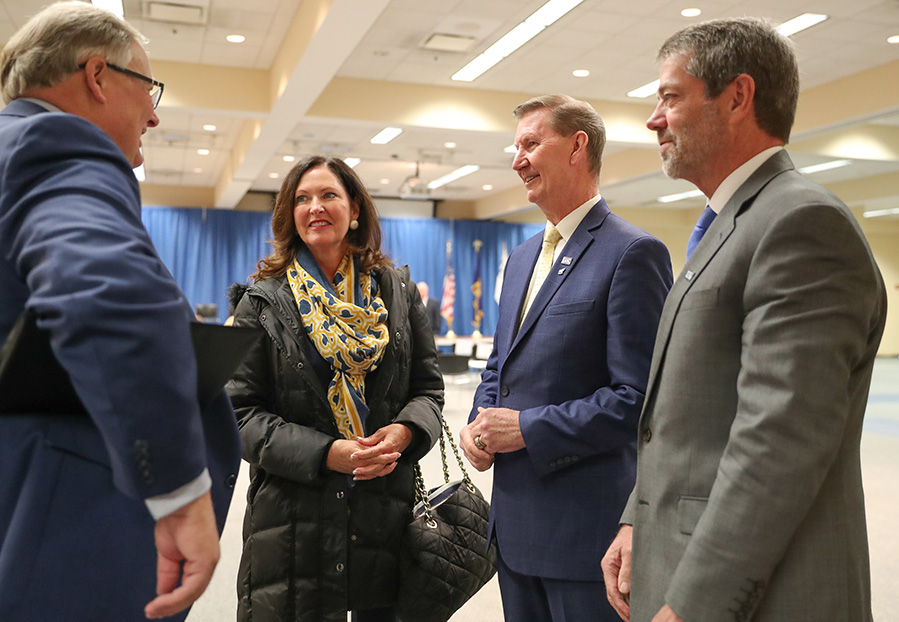 Lynda and Ted Carter at a Husker football game on October 26, 2019, where the Huskers played the Indiana Hoosiers in a home game. 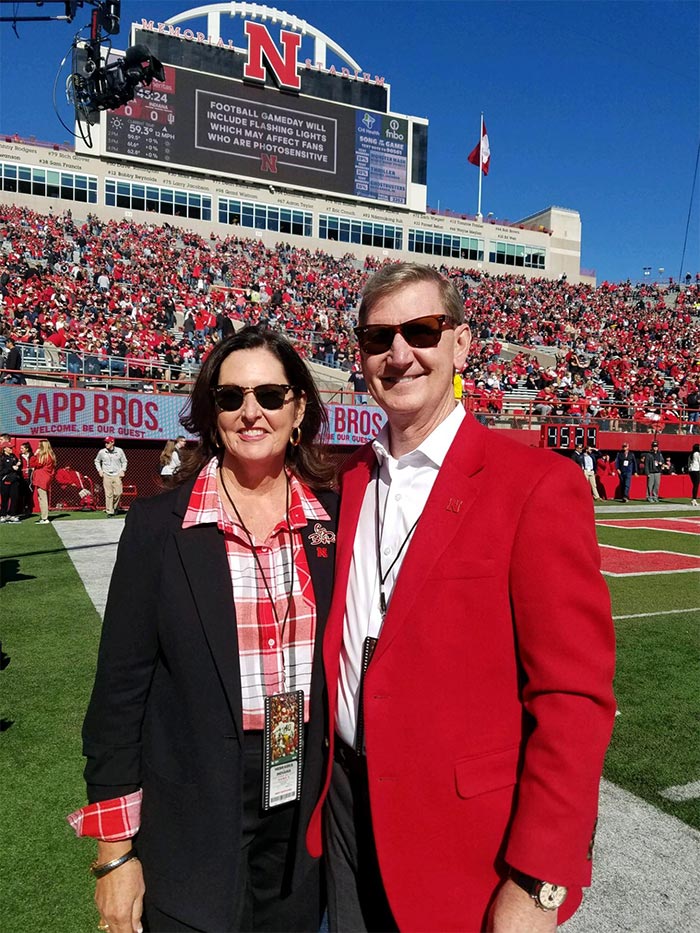 Lynda and Ted celebrate a homecoming event with their children, Christopher and Brittany in Astugi, Japan in 1991. 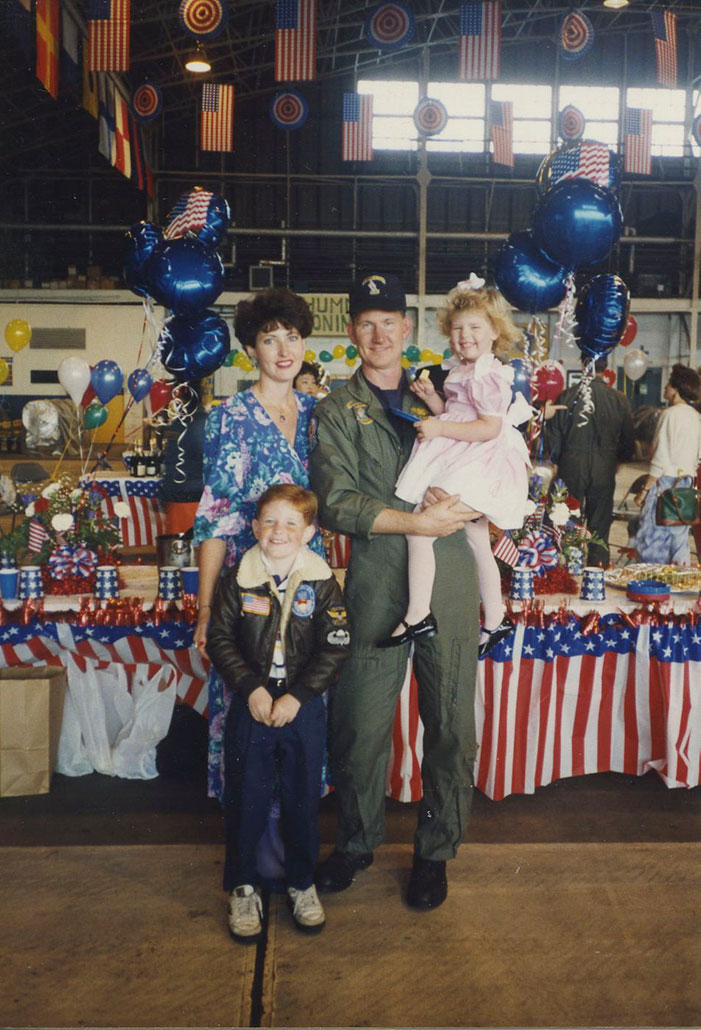 Lynda pins Ted's Wings of Gold on his uniform at his Naval Aviator Designation Ceremony in 1982. 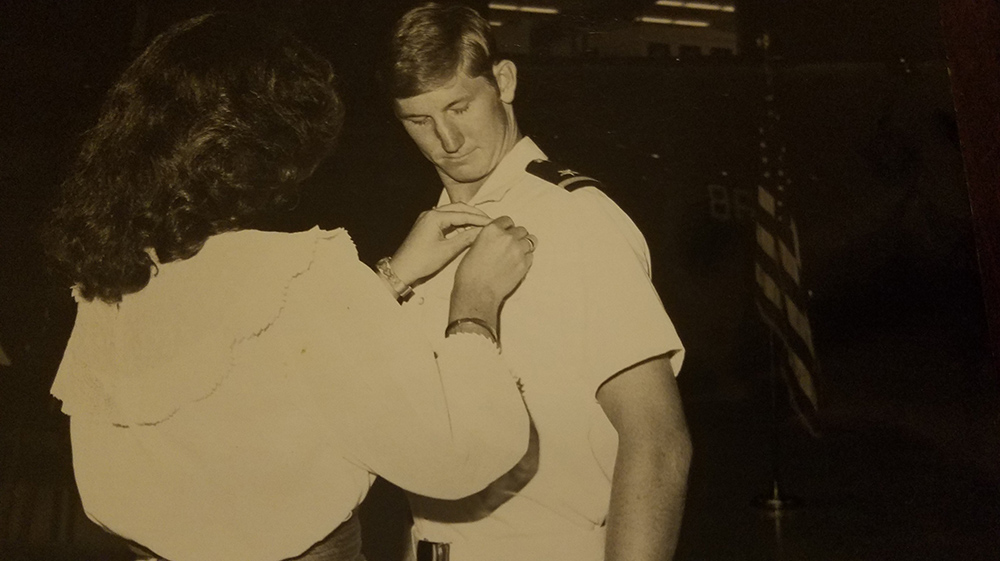 Ted and Lynda Carter with Herbie Husker and some of the Nebraska Spirit Squad and Scarlets Dance Team. 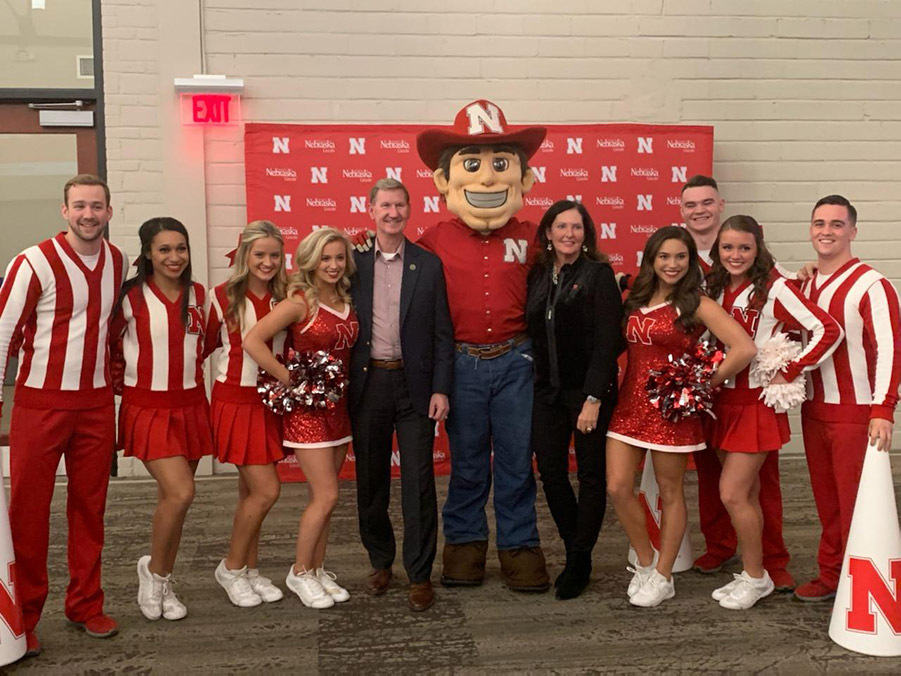 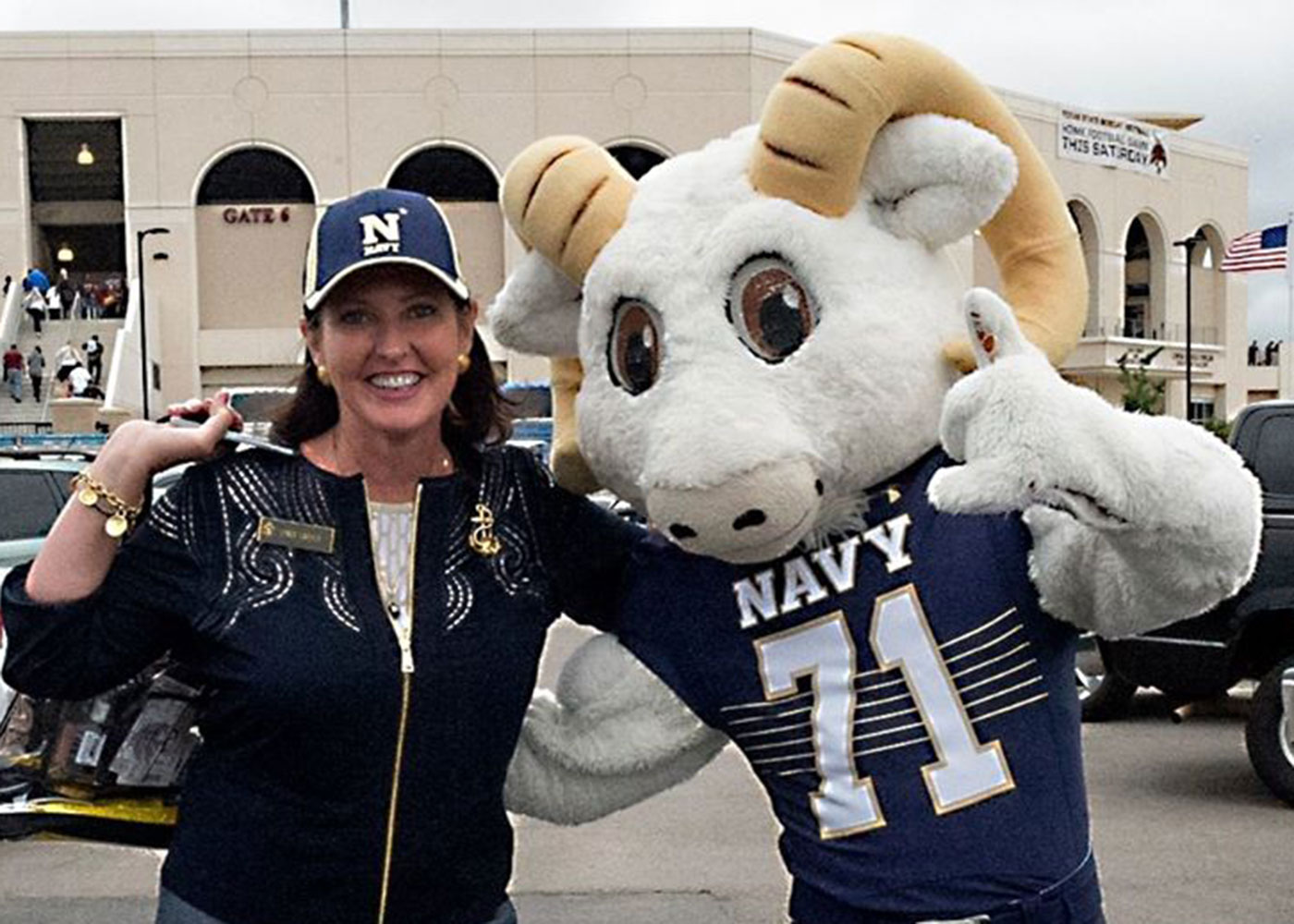 Lynda straightens Ted's suit at a UNO hockey event in November 2019, when he was the priority presidential candidate. 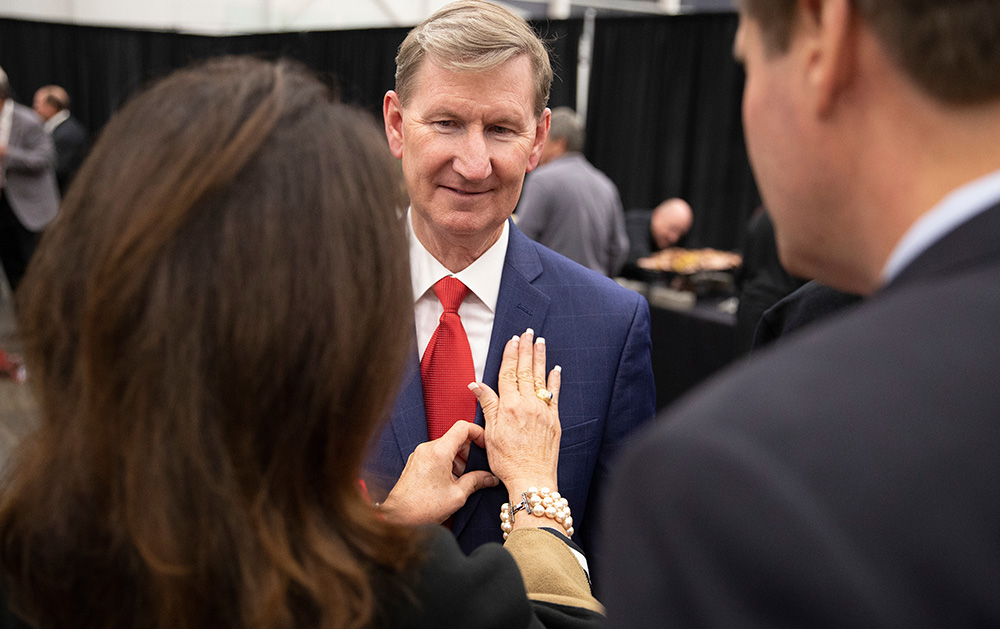 Lynda and Ted Carter at the White House in Washington, D.C., April 2016 for President Barack Obama's presentation to the Navy football team. 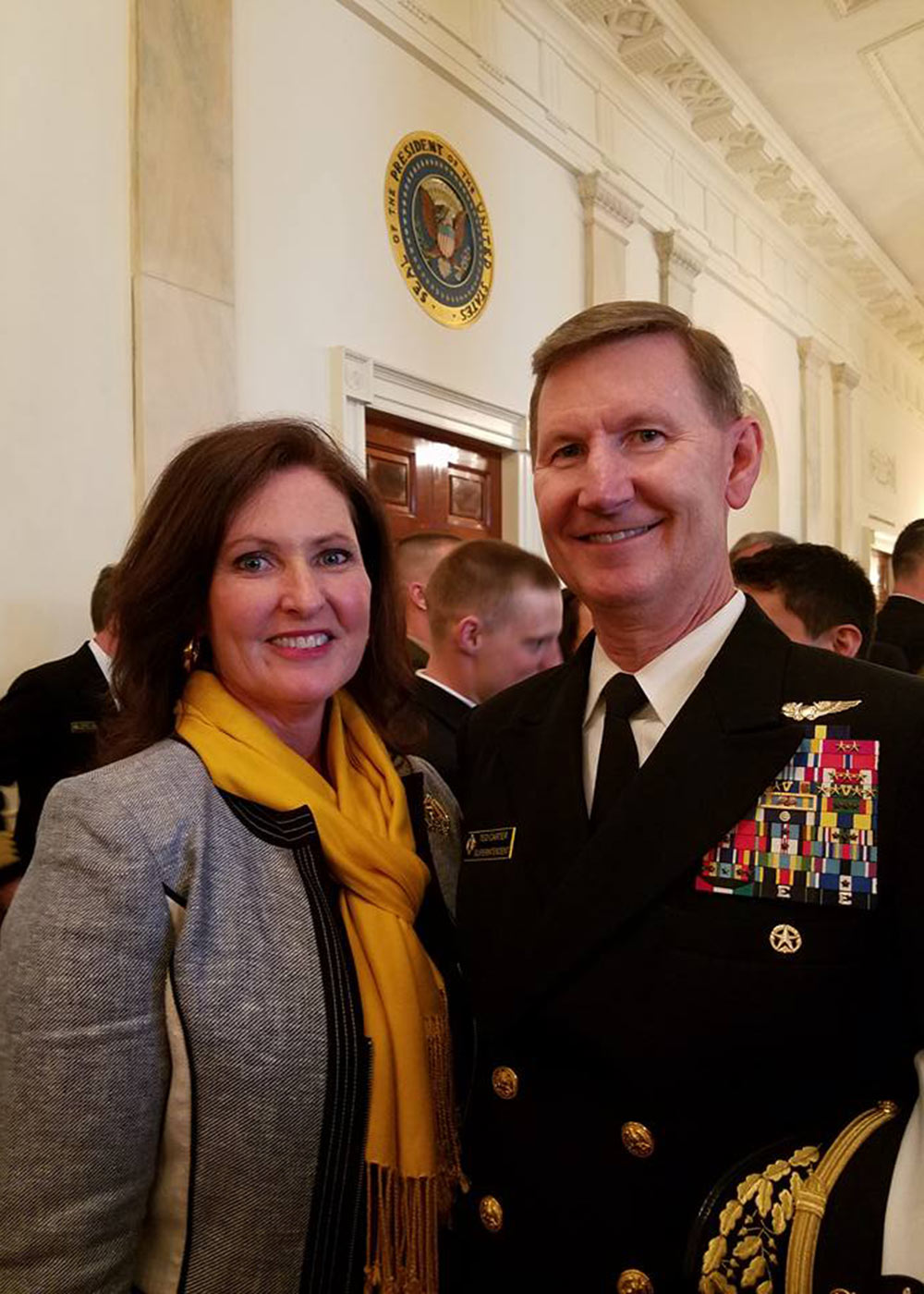 Lynda Carter looks on during the press conference announcing her husband, Ted, as the priority presidential candidate for the NU system in October 2019. 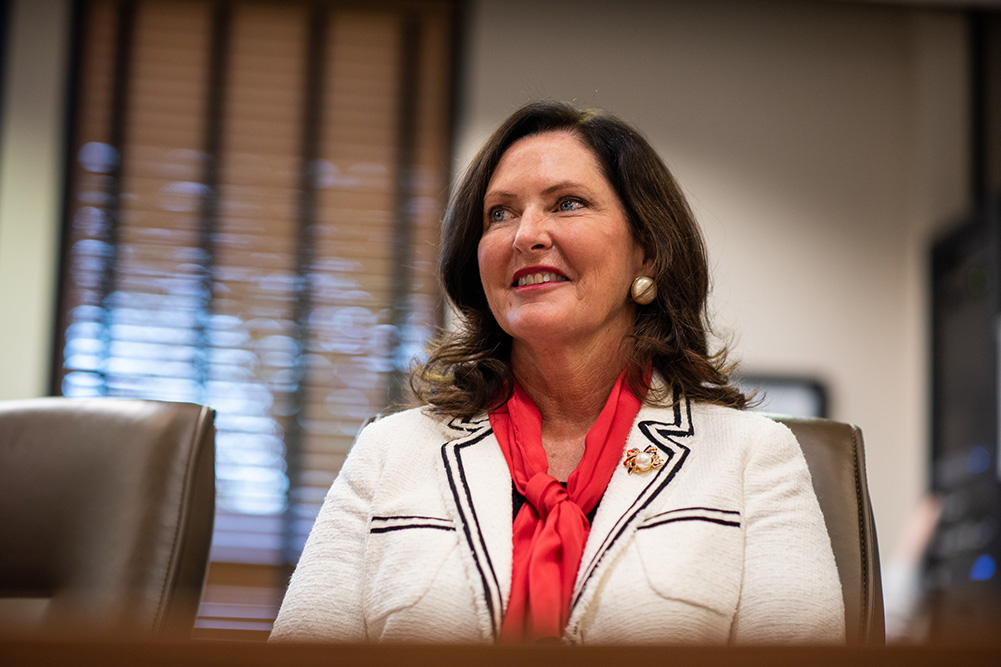 Lynda Carter claps for a speaker during her husband Ted Carter's priority presidential candidate forum in Norfolk in November 2019. 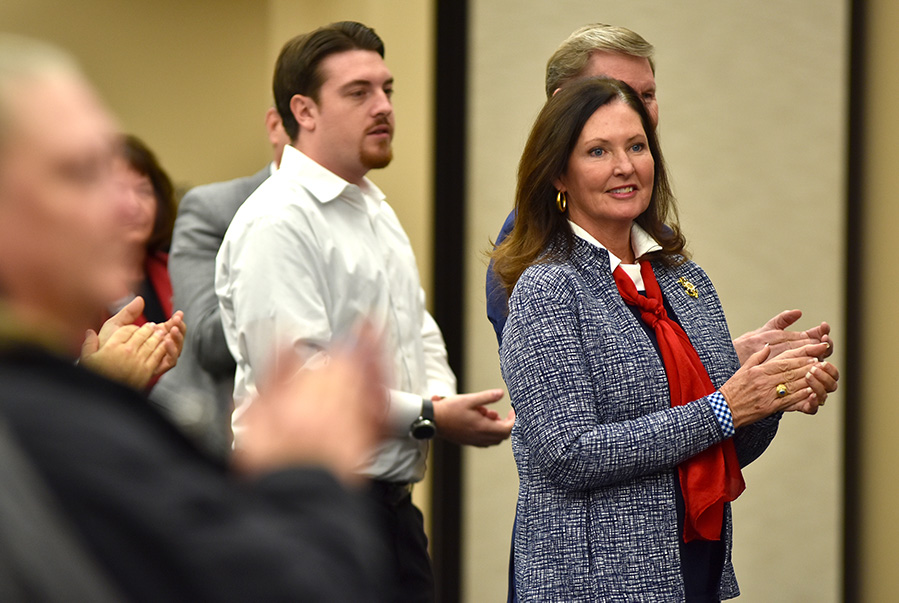