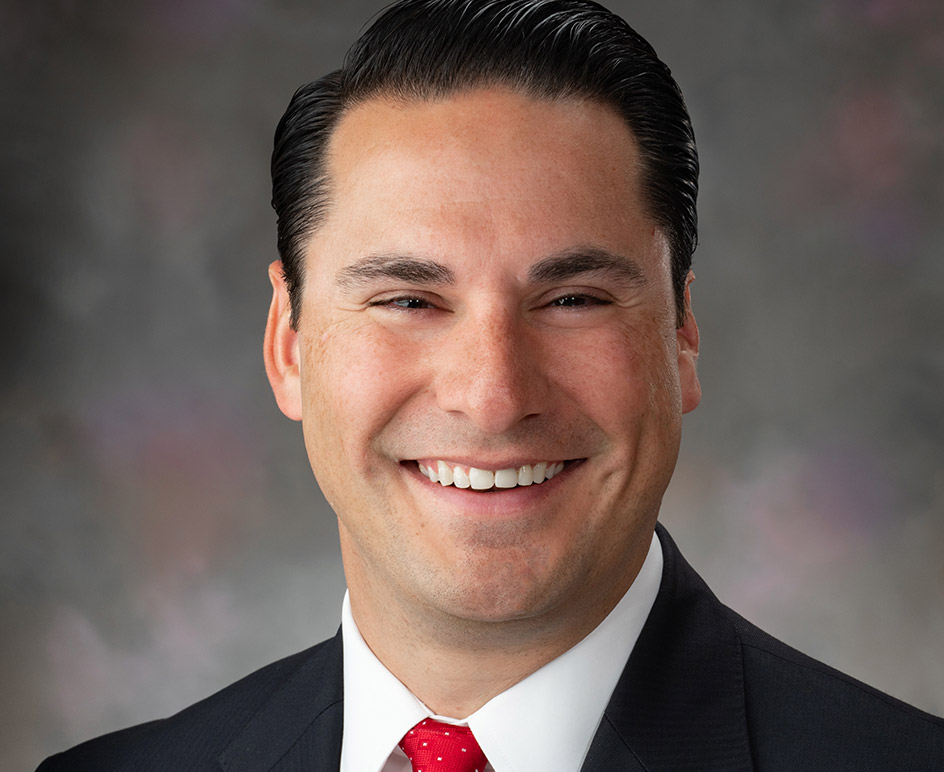 As Vice President for External Relations, Mello serves on the president’s executive cabinet and is responsible for promoting positive relations and outcomes between the university and its constituents. As the senior member of the external relations team, Mello oversees the unit responsible for communications, event planning, marketing, and state and federal government relations. He also serves as the university’s chief lobbyist.

Prior to his time at the University, Mello previously served as a nonprofit executive and in various administrative roles with Metropolitan Community College in Omaha.

A native of Omaha, Nebraska, Mello earned his bachelor’s degree in political science from the University of Nebraska-Lincoln. He has served on numerous civic and community boards focusing on economic development, health care and neighborhood development in the Omaha area over the past decade.

Mello and his wife, Catherine, have two children.