Read the stories below to learn more about our programs and people who are growing agriculture in Nebraska. 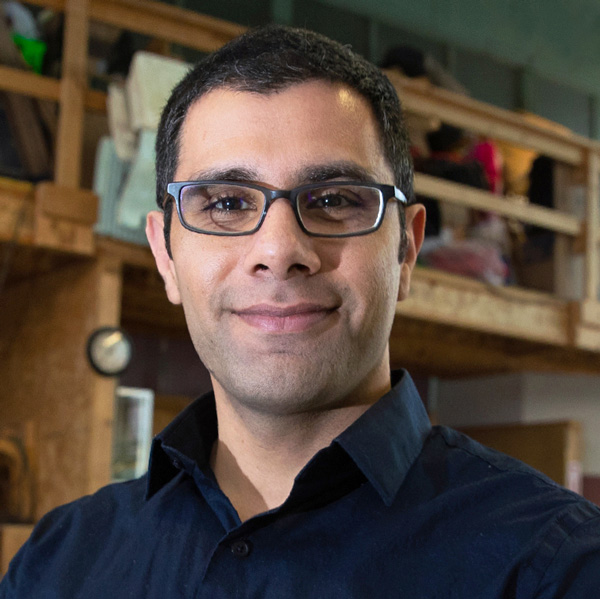 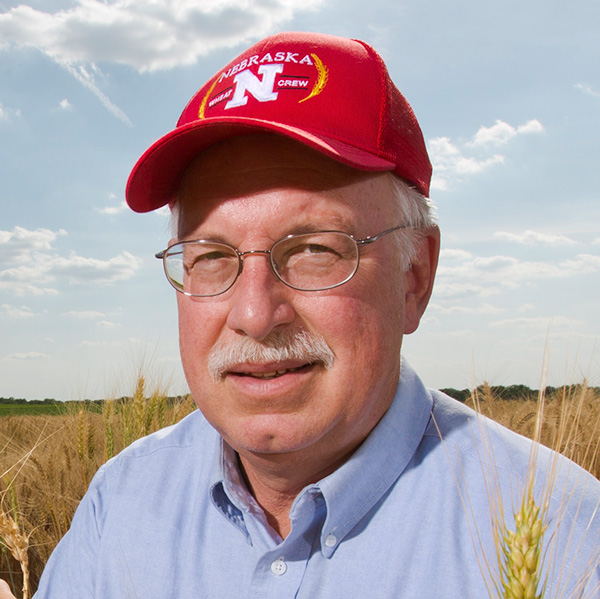 Stephen Baenziger, a professor and plant genetics expert at UNL, is changing the game when it comes to wheat. He’s creating hybrids that are more resilient and productive, which will help to feed a growing and hungry world.

Click to hear more episodes of our "Leading Nebraska" podcast

NARRATOR: Wind blows through a wheat field, creating those amber waves of grain referenced in the song. And across those rolling fields, you’ll find varieties developed at the University of Nebraska–Lincoln with the help of Stephen Baenziger.

BAENZIGER: If you eat bread, you eat our wheat. And that's exactly the way it should be.

NARRATOR: Baenziger has dedicated his career to feeding the world and putting money in the pockets of producers.

BAENZIGER:That’s why I got into this business—to feed people. I'm glad that we're making farmers prosperous. For those of us that are familiar with the common prayer, "Give us this day, our daily bread…" I think that people in Nebraska should be happy that 24/7, 365 days a year, someone is actually working on that.

NARRATOR: In this episode of Leading Nebraska—a look at Baenziger’s research and why he’s learned to be patient and humble.

It’s cold outside. But in the humidity of a research greenhouse, plants flourish year-round. This is Stephen Baenziger’s world and one step in the process of cross-breeding. Baenziger walks down an aisle lined with plants.

BAENZIGER: And if you tap this carefully, you’ll actually see the pollen come out…

NARRATOR: Baenziger covers the top of the stalk with a thin paper bag used to prevent self-pollination.

The job of breeding wheat leads to improvements such as disease resistance, higher yield, ability to survive a harsh winter, and qualities that make a good loaf of bread. It takes years in the greenhouse and the field to produce a successful variety.

BAENZIGER: You have to have a lot of patience and you have to be pretty humble. We make 1,000 to 1,400 crosses a year. This year, we're going to release two varieties. So, we make 1,400 crosses and release two varieties. In the interim, we grow a million F2 plants, 2 million F3 plants, 45,000 head rows, and we get two out of that. I mean, that's a victory. When you get nothing, then it's a little tougher, but two varieties is a victory. So the short answer is—you’d better be humble. You throw away 99.99% of your material because it's not good enough. When you get it right, it's perfect.

NARRATOR: Those moments of success are unforgettable—because it means a variety can be grown on millions of acres.

BAENZIGER: And you remember, when you held every seed of it in the palm of your hand. That's what breeders do. So, when you get a success, it's a wonderful feeling.

NARRATOR: Growing up in the suburbs of Chicago, Baenziger was always interested in science. He headed off to college, with plans to become a medical doctor.

BAENZIGER: When I went to Harvard, I thought I would be a human nutritionist. It was about the time the green revolution started. I got thinking, I could define a problem as a nutritionist might, but I couldn't solve the production or the productivity side of it. That's when I switched to plants.

NARRATOR: The Green Revolution of the late 1960s was triggered by predictions of a massive famine that would make it impossible to meet the needs of a growing population. Scientists turned their attention to crop research improvements that made an impact.

BAENZIGER: For the next 30 years—actually the next 40, almost 50 years—we've had surpluses, due to the improvements in genetics and cropping systems. That was the Green Revolution, the revolution that probably saved a billion people's lives.

BAENZIGER: We estimate you're going to need 1.4 to 1.7% increase per year. We think some of that will come from better management, better cultural practices, irrigation, things like that, but a lot of that's going to have to come from genetics.

NARRATOR: In his 35 years at the University of Nebraska, Baenziger has made significant contributions. He’s developed more than 60 new cultivars of wheat and other crops. His work helped boost yield and income for producers around the world—and for Nebraska farmers. Just ask Chris Cullan, who grows wheat and other crops on his farm near Hemingford in the Nebraska Panhandle.

CULLAN: We can go from 70 degrees one week to 30 below the next week. These varieties that we have, frankly, I’m not too concerned about winterkill—because Steve developed varieties that will withstand Nebraska’s climate.

CULLAN: He’s very compassionate about his work. It’s never about him. It’s always about the end result. But he wants his producers to grow something that will have yield, without any whiplash from what mother nature might give it. And he wants them to have a profitable crop that will yield, that they can turn into money and feed their family. Half the wheat in Nebraska is exported, so when these varieties are leaving our farms, it’s feeding a family in Indonesia, it’s feeding a family in Japan, it’s feeding a family in Taiwan. And then half of it is domestic where there’s flour mills in Omaha and in Colorado.

Agriculture in the United States works on being reliable and plentiful—and that’s his goal. He doesn’t want people to go hungry.

NARRATOR:Nebraska’s wheat breeding and small grains program is critical to the state. Mike Boehm is vice chancellor for UNL’s Institute of Agriculture and Natural Resources. He says we can thank Baenziger for the program’s success.

BOEHM: Steve is an amazing colleague. He is a four-tool player, from a baseball analogy. He's a terrific colleague, thinks holistically, always puts the success of others in front of himself, and is a world class, top-three small grains breeder across the world.

NARRATOR: But even after three plus decades, Baenziger’s work is not over. He recently received a 650 thousand dollar grant for a project to improve wheat productivity through the development of hybrid wheat varieties. He says traditional methods aren’t enough to boost productivity to levels needed for the future.

NARRATOR: Baenziger’s contributions are not limited to the field. Archie Clutter, dean of the Agricultural Research Division, says Baenziger’s impact is far-reaching.

CULLAN: He’s a true scholar. And he's a great collaborator. The collaborative teams that he's helped bring together study those crops in a systems context and have just had great impact. He also has mentored faculty on those teams. He's been great for engaging junior faculty in his teams and of course, the large number of graduate and undergraduate students that he's mentored and trained—just tremendous impact.

NARRATOR: Baenziger’s students have gone on to be leaders in government, research and industry around the world.

NARRATOR: Ask Stephen Baenziger about agriculture and he’ll reply with a favorite quote.

BAENZIGER: "It was the first science—the mother of sciences; it remains the science that makes human life possible."

NARRATOR: The quote comes from André and Jean Mayer, father and son physiologists who studied hunger.

NARRATOR: Baenziger believes agriculture is the answer to future success.

NARRATOR: You’ve been listening to “Leading Nebraska”. To read the transcript for this podcast—or to find more stories about how the University of Nebraska builds a stronger state—visit Nebraska.edu-slash-NUfor NE.

It was created using excerpts from the actual interview and is representative of the entire conversation. Interviewees are given the transcript prior to airing to ensure technical accuracy. Some edits may reflect grammatical and syntax adjustments for transcription purposes.

The podcast is released under a Creative Commons license that allows for non-commercial, no derivative usage with attribution.

Nebraska raises more cattle on feedyards than any other state. Feedyard workers, who perform manual labor and work with large animals, are often at risk for injury. Dr. Athena Ramos is working to help reduce feedyard injuries and protect workers and employers. 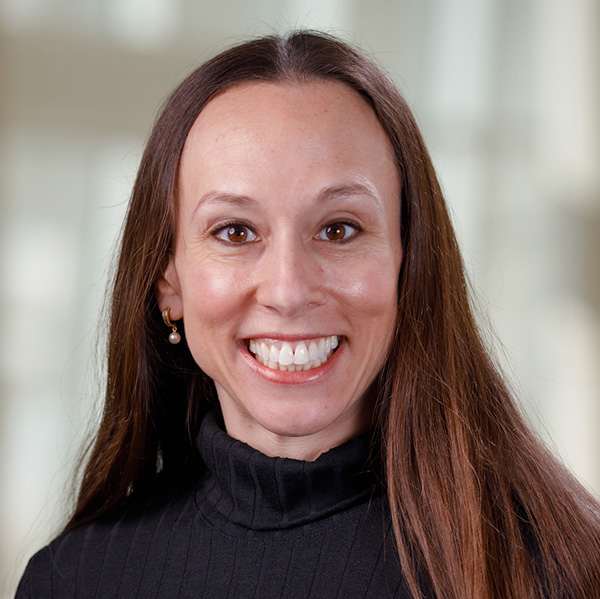 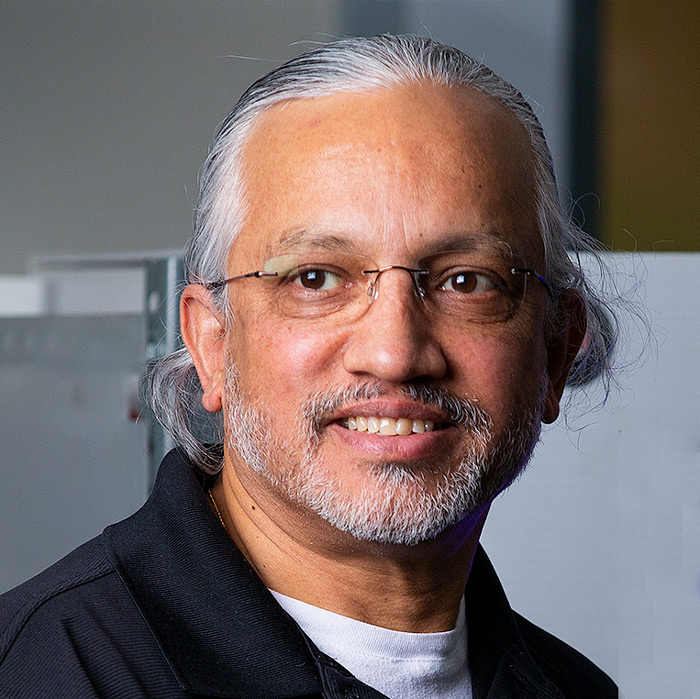