“I’m very pleased that this position has attracted such a talented pool of candidates – individuals who are leaders in health science teaching, research and patient care,” said NU President James B. Milliken. “I commend the search committee for its work, and I look forward to getting to know our finalists better and introducing them to UNMC and Omaha.”

Current UNMC Chancellor Harold Maurer announced last fall that he will step down June 30 to move to a new fundraising role at the University of Nebraska Foundation. He has served as chancellor since 1998.

The first chancellor finalist to visit UNMC is Dr. Frederick J. Meyers, executive associate dean of the School of Medicine at the University of California, Davis. Meyers’ campus visit is June 3-5. He will give a public presentation at 4 p.m. on June 4 in Room 1002 of the Durham Research Center. Members of the university community, other stakeholders and members of the public are welcome to attend to hear him discuss his vision for UNMC. 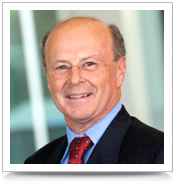 Meyers oversees the research, teaching, clinical care and community engagement missions of UC Davis’ School of Medicine in coordination with leadership across the UC Davis community. Meyers also is the executive director of medical education and academic planning for the University of California, Merced, where he leads efforts to establish a school of medicine.

Meyers is a proponent of innovative research. He is a director of the Clinical and Translational Science Center’s Research and Education Career Development Program, as well as the Mentored Clinical Research Training Program. He continues research on cancer molecular biology and metastatic cancer, conducting numerous clinical trials on prostate cancer and gene expression in renal cell carcinoma.

Meyers is a longtime leader of the hospice and palliative care movement, establishing programs that are now national models for providing compassionate end-of-life care. He was founding director of the School of Medicine's West Coast Center for Palliative Care. He is also known for his work in “simultaneous care,” a model of care that allows cancer patients with advanced disease to receive both investigational treatments and palliative care.

A UC Davis faculty member since 1982, Meyers is an expert in hematology and oncology, with a special emphasis on the molecular biology of cancer and on clinical trials. His scholarly work includes more than 200 publications, book chapters, editorials and reviews.

Meyers obtained his medical degree from the UC San Francisco School of Medicine and completed his internship and residency training at UC Davis Medical Center.

Campus visit schedules for the other three finalists are still being arranged and will be announced as details become available.

The other finalists are: 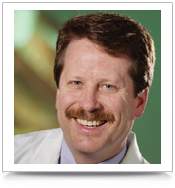 Dr. Robert Califf, vice chancellor for clinical research and director of the Duke Translational Medicine Institute (DTMI) at the Duke University Medical Center.
Califf leads a multifaceted organization focused on the transformation of how discoveries are translated into improved health outcomes. Prior to his role at DTMI, he was the founding director of the Duke Clinical Research Institute (DCRI), a premier academic research organization. He is the editor-in-chief of American Heart Journal, the oldest cardiovascular specialty journal.

Considered an international leader in the fields of cardiovascular disease treatment, health outcomes, quality of care, and medical economics, Califf is the author or coauthor of more than 1,000 peer-reviewed articles. The Institute for Scientific Information acknowledges him as one of the 10 most-cited authors in the field of medicine. As director of DTMI, Califf’s contribution includes servicing as the first co-chair of the Principal Investigators Steering Committee of the NIH Clinical and Translational Science Award.

As the founder and director of DCRI, Califf led many landmark clinical trials in cardiovascular disease. Under his leadership, DCRI grew to an organization of more than 1,000 employees with an annual budget of over $100 million. A leader in clinical research, DCRI collaborates with government agencies, global academic partners, foundations and biotech, pharmaceutical, device, and diagnostics companies to execute clinical trials in a myriad of therapeutic arenas. 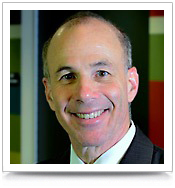 Dr. Stephen Klasko, dean of the Morsani College of Medicine and CEO of the Health Sciences Center at the University of South Florida.
Turning transformative philosophy into action has been Klasko’s competitive advantage as the CEO of the largest academic practice in Florida and dean of the college of medicine of the United States’ ninth-largest university. At USF, he is building research and teaching collaborations across the colleges of medicine, nursing, pharmacy and public health, to the point where the entities have merged into USF Health. In addition, he is defining a unique entrepreneurial academic model embodying partnerships between hospitals, university physicians and private physicians. These partnerships are allowing USF to redefine ambulatory health care across specialties in an error-free, service-oriented, and paperless environment. The Carol and Frank Morsani Center For Advanced Healthcare is a national model for outpatient care and has attracted attention in both the public and private sectors.

Prior to joining USF, Klasko was dean of the College of Medicine at Drexel University and CEO of Drexel University Physicians. During that time, he was responsible for the activities of more than 450 physicians and over 700 residents per year. That practice group made an $80 million turnaround based on quality initiatives resulting in better managed care rates and decreased malpractice insurance rates as well as unique partnerships that increased revenue by more than 50 percent in three years.

Klasko received his bachelor’s degree in chemistry and biology from Lehigh University and earned his medical degree from Hahnemann University in Philadelphia. During a successful private practice and then academic career, Klasko completed the executive MBA program at Wharton Business School at the University of Pennsylvania. 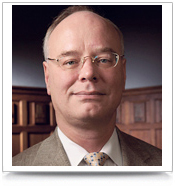 Wilson has a strong research track record, with more than 50 grants as principal investigator. While his primary focus is forensic psychiatry, Wilson’s research agenda ranges from pharmaceutical development to treatment of mood, psychosis and posttraumatic stress disorders.

Prior to his appointments at Creighton, Wilson served as a professor of psychiatry at the University of Cincinnati, where he directed the University Institute for Medicine & Law. He also served as medical director of The Lewis Center of the Ohio Department of Mental Health, managing some 600 employees with a budget of $35 million. Under his leadership, the National Alliance on Mental Illness named the hospital the Best Psychiatric Facility in Ohio.

Wilson received his undergraduate degree in anthropology from Yale University, his medical degree from the University of Iowa and a diploma in mental health leadership from Case Western Reserve University. He completed residency in psychiatry as a joint appointee of Harvard Medical School and the Massachusetts General & McLean Hospitals.