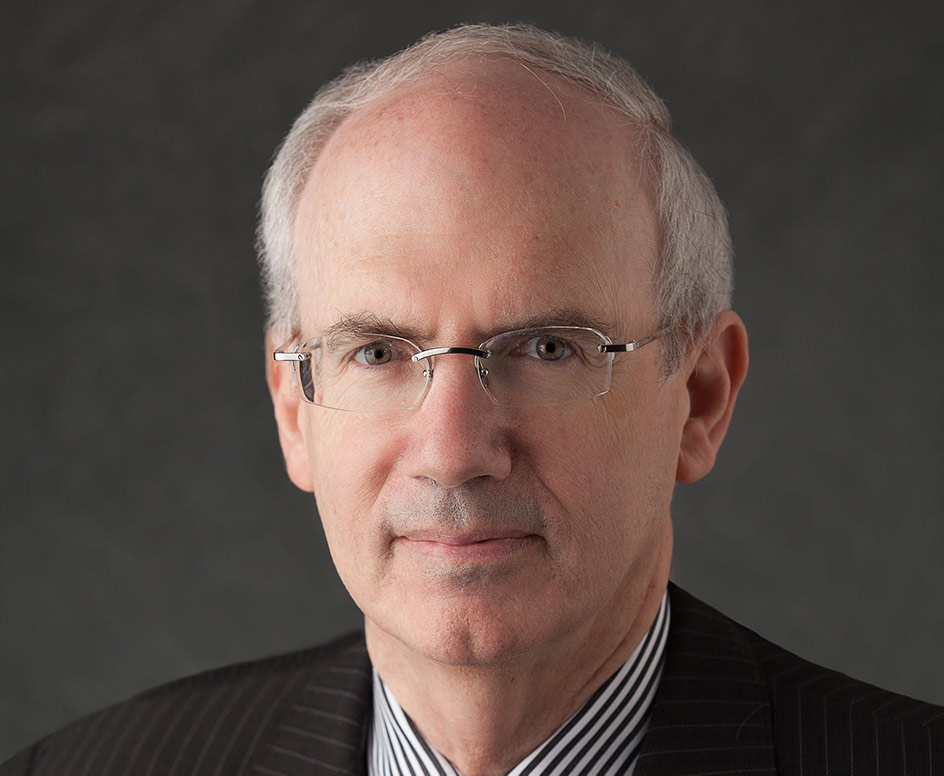 As UNMC’s chief executive officer, Dr. Gold is responsible for all aspects of campus leadership, program quality and operations, including 7 Colleges, numerous institutes, a staff and faculty of about 7,000 and its 4,300 health professions students. Additionally, Nebraska Medicine has over 8,500 employees and an operating budget of well more than $1.9 billion. The combined annual economic impact of the “500-mile campus” academic health center with 7 Health Profession Colleges in seven Nebraska cities, 2 Institutes, 37 Centers of Excellence exceeds $5.9 billion and employs in total more than 42,000.

Dr. Gold holds a tenured faculty appointment at the rank of Professor in the College of Medicine Department of Surgery and as well, as a tenured Professor in the College of Public Health, where his research interests in health care policy, population health and epidemiology are concentrated. He also chairs several key economic development corporate boards for the University System including the University Technology Development Corp, The Medical Center Development Corp, the University Technology Transfer Corp, Nebraska Enterprises Corp, UNeTecH Corp, and several others.

Prior to joining UNMC, Dr. Gold served as Chancellor of the University of Toledo’s academic and clinical health sciences, which includes the Colleges of Medicine, Nursing, Pharmacy, Health Science and Human Service, and Graduate Studies. In that role, Dr. Gold had full leadership responsibility of the clinical, education and research programs, the faculty practice plan and the integrated hospital and ambulatory health care delivery system.

Prior to joining the University of Toledo, Dr. Gold served in academic and clinical leadership roles at the Albert Einstein College of Medicine – Montefiore Medical System as professor, department chair and heart center director and previously at the Weill Cornell College of Medicine – New York Presbyterian Medical Center as professor and division chief of children’s cardiac surgery, where he was an active academic cardiac surgeon. His research has been extramurally supported for decades, including by the NIH, AHA, AHA, ACC, AMA, NYSDOH and many others.

Dr. Gold is a proud graduate from the Cornell University College of Engineering, where he received a degree in Theoretical and Applied Mechanics. He earned his M.D. from the Weill Cornell College of Medicine and completed his general surgery residency at The New York – Presbyterian Hospital and Memorial Sloan Kettering Cancer Center, where he later served as the administrative chief resident. He completed his cardiothoracic surgical fellowship training at the Brigham and Women’s Hospital in Boston with additional training in pediatric cardiac surgery at the Boston Children’s Hospital, both of Harvard Medical School.

Dr. Gold's national leadership roles are extensive, and have included more than 50 national professional committees and more than 100 national organizations, volunteer boards, government/public health councils, and industry. He has recently served as the Chair of the American Medical Association’s Council on Medical Education and as chair of the AMA/AAMC’s Liaison Committee on Medical Education. He is a member of the AMA House of Delegates. Dr. Gold has also served in numerous roles on governing boards and as the elected leader of regional and national professional, accreditation and advocacy organizations in the educational, research and clinical care delivery sectors.

He has worked extensively with national and state level elected and appointed governing and administrative bodies as an advisor, advocate and trusted resource in the areas of higher education, research and clinical care. He continues to be highly engaged in these areas in the public sector, including the US congress, as well as with the regional and national private philanthropic and corporate sectors. In these roles, he is a highly sought after thought leader at all levels of federal, state and local government, higher education, academic health care and public policy. He is a highly regarded keynote public speaker based upon his extensive experience and respected judgment.

Dr. Gold has recently completed service as the Chair of the Board of the Accreditation Council on Graduate Medical Education as well as currently serving in several other national leadership positions in the Association of American Medical Colleges, the American Medical Association, the American Hospital Association and other prestigious organizations. In addition, he has been elected the Chair of the AMA Council on Medical Education, the president of the Thoracic Surgery Directors Association and as a Director of the Board of the Society of Thoracic Surgeons.

Dr. Gold serves on several key National Academy of Science, Engineering & Medicine steering committees, including the Clinician Wellbeing Taskforce, the COVID-19 Taskforce and the All Hazard 21st Century Threats Taskforce. In addition, he has been very active on the national level in multiple educational, research and clinical COVID-19 pandemic response, with hundreds of educational and media appearances, webinars, congressional/departmental/agency hearings and briefings. These media appearances include a weekly live hour long national broadcast as host, a weekly regional NCN hour long live broadcast and biweekly CNN and FOX national appearances.

He has been repeatedly recognized as a Top 50 Health Care Executive and as a Top 100 Physician Executive, as well many national awards for service leading numerous community volunteer programs, philanthropic campaigns and programs. He continues his research interests actively with ongoing publications and presentations and continues to serve several journal editorial boards. Dr. Gold has authored over 200 peer-reviewed manuscripts, 350 national presentations, 40 books and chapters and over 300 invited professorships and keynote presentations.

He has been married for more than forty years to a physician and has two adult children.