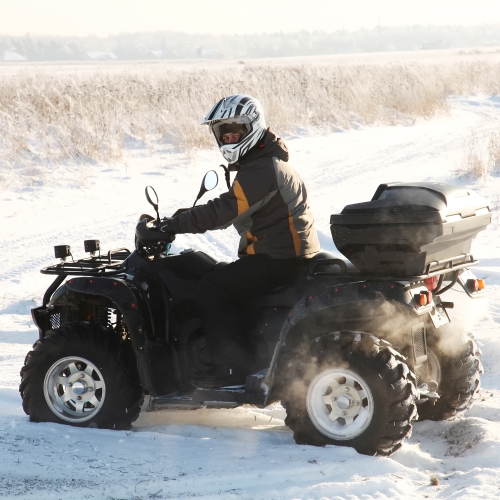 Only in Nebraska could you find a rodeo bull rider turned producer and Ph.D. student. Dan Kent of the UNMC College of Public Health is leveraging his unique background to make an impact on Nebraska’s future producers.

Operating tractors and ATVs is a way of life in rural towns; a rite of passage for young people working on their family operations. With large equipment comes large risks, like serious head and neck injuries—some of which can be fatal. Those who survive equipment roll-overs may be paralyzed for life. Over the long term, tractor and ATV use is associated with respiratory issues and hearing loss later in adults over 50. In 2016, ATV incidents resulted in seven deaths, 94 hospitalizations, and 578 emergency room visits in Nebraska. These risks are what make agriculture the most dangerous work industry by injury rate.

In the face of grim statistics, Kent and the rest of the UNMC team are working to shift the tide in a positive direction. They operate a two-day certification course for students (mostly aged 14- and 15-years old) to plant the seed of “safety first” for young people from day one. After the course, students walk away with an extensive knowledge of personal protective equipment (PPE), as well as training on tractors and ATVs. In 2018, 130 Nebraska students earned their certification to operate tractors and ATVs.

Having grown up on a livestock operation, Kent has plenty of farm safety stories that stick with the young students. His rodeo days are behind him, but he still runs his own farm just outside of Lincoln.

Farming is part of Nebraska’s history, and it will continue to drive the state’s growth into the future. With support from the University of Nebraska, Kent and his team are at the forefront of ensuring the next generation continues to reap the rewards of working on a farm—all while staying as safe as possible.