University of Nebraska President Hank Bounds announced today that he has chosen Galen and Marilyn Hadley, longtime champions of higher education’s vital role in growing the state, to receive the inaugural Presidential Medal of Service.

The medal is a new annual award celebrating Nebraskans’ promotion of the impact that the University of Nebraska and higher education have on the state’s economic and social well-being. It is the highest honor the university president can bestow on a community member. 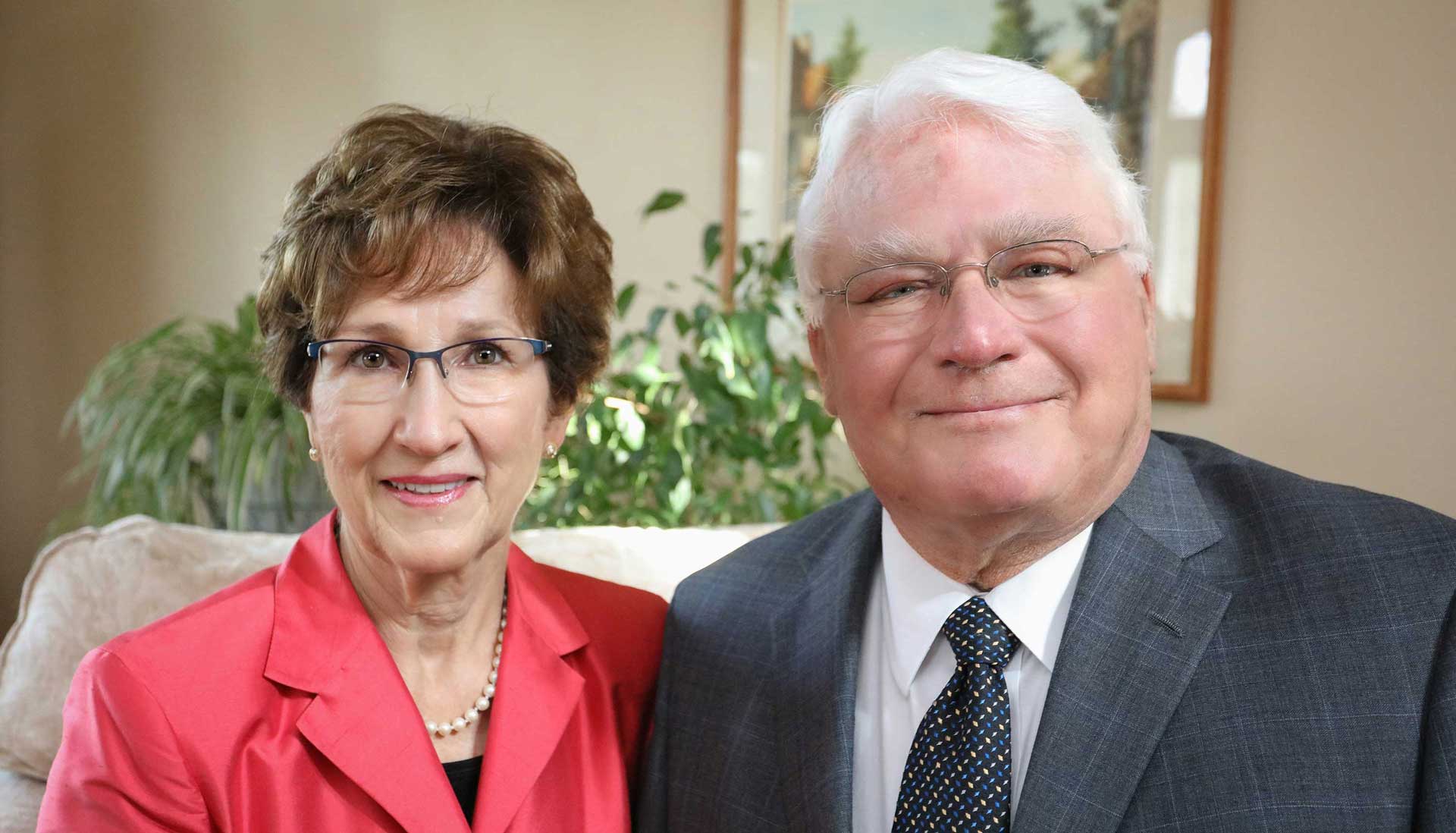 Bounds chose the Hadleys following a nomination and review process this fall that invited the public to nominate Nebraskans who have gone above and beyond in lifting up their voices for an affordable, excellent university. The Hadleys will be publicly recognized at Tuesday’s NU Board of Regents meeting, which begins at 9 a.m. in Lincoln.

“There are so many Nebraskans who have been willing to advocate for our 52,000 students and talented faculty and staff. Frankly, they all deserve to be recognized,” Bounds said. “Galen and Marilyn Hadley are a fitting choice for first Medal of Service. They are public servants in the truest sense of the word. Their ties to Nebraska run deep, and their commitment to the young people of our state is difficult to match.

“Quite simply, the University of Nebraska would not be the institution it is today without the support, service and advocacy of Galen and Marilyn. I am honored to recognize the Hadleys on behalf of the entire of University of Nebraska and past, current and future generations of college students across our state.”

In a joint statement, the Hadleys said: “We are truly humbled to be the first recipients of the Presidential Medal of Service. For us, public service isn’t about awards or recognition. It’s about the impact that each one of us can have on future generations. That’s what drives our work. And education is at the center of it all. In our own lives and every day in the Kearney community, we’ve seen the dramatic impact that education, and the university specifically, have on economic growth and quality of life.

“The future of our state depends on a strong, growing, accessible, competitive University of Nebraska. We’ll continue to do whatever we can to support the institution that is one of Nebraska’s most important drivers of growth and prosperity.”

The Hadleys are Nebraska natives – she from Red Cloud, he from Lincoln – who met while attending the University of Nebraska. They served as educators at universities across the country before settling back in Nebraska, each becoming faculty members and leaders at the University of Nebraska at Kearney. Marilyn served as dean of UNK’s College of Education, while Galen was dean of UNK’s College of Business and Technology.

Galen Hadley later was elected mayor of Kearney, then served as a Nebraska state senator from 2009 to 2017, including two years as Speaker of the Legislature. As a senator, he was a leading champion for the University of Nebraska and higher education, advocating for affordable tuition for students, quality faculty and staff, and cutting-edge teaching and research facilities. In 2012, he shepherded the university’s Building a Healthier Nebraska legislative package through the body, which resulted in generous state and private support for some of the most ambitious and state-of-the-art capital projects in university history. These included the Fred & Pamela Buffett Cancer Center at UNMC, the Veterinary Diagnostic Center at UNL and the Health Science Education Complex at UNK, the latter of which Hadley also introduced legislation for.

Marilyn Hadley, after retiring from UNK, has been deeply engaged in community service, particularly in activities related to the humanities, education and the arts. She has served as president or chair of a number of notable charitable entities, including the Nebraska Foundation for the Humanities and the Legislative League. She is also a member of the UNMC Board of Counselors, a statewide citizen advisory group through which she has helped UNMC foster relationship and engagement opportunities across the state.

In 2017 the Hadleys were presented the Ron and Carol Cope Cornerstone of Excellence Award, UNK’s highest honor, for their long record of campus and community service and support.