The University of Nebraska’s highest honor, the Regents Medal, was presented Tuesday to the family of the late Richard “Dick” Holland, an Omaha philanthropist whose generous giving transformed early and higher education, the arts and medical research in his native city and state.

The Regents Medal was established by the Board of Regents in 2006 to recognize individuals whose service to NU has provided “exceptional benefits in furtherance of the goals and mission of the institution.” Regents Medal recipients are selected by the Board. 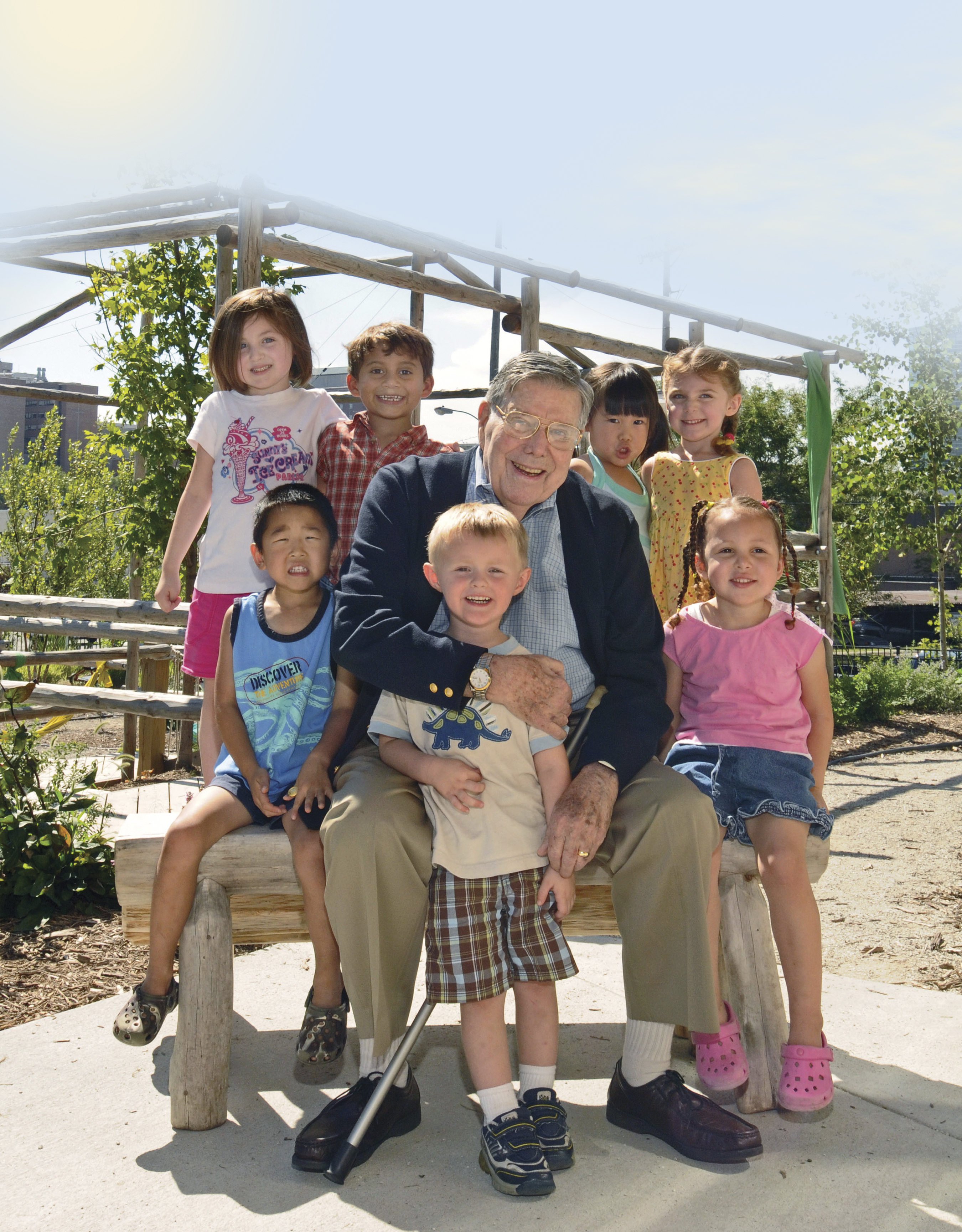 “I think my dad would be truly pleased about this. He and his siblings all graduated from the University of Omaha with excellent educations that afforded them endless opportunities,” said Holland’s daughter, Mary Ann “Andy” Holland.

“He was fortunate enough to make a fortune, and chose to share some of it with the University of Nebraska. The university can pay it forward by continuing to provide opportunities to students like the Hollands. It’s a great investment.”

Regent Bob Whitehouse of Papillion, Chairman of the Board of Regents, said: “Dick Holland made it his life’s work to care for others, especially the less fortunate. His passion for the causes he believed in was infectious, his generosity extraordinary.

“I was privileged to have known Dick and his family for many years. His passing left a large hole, but his legacy of compassion and leadership will benefit our community for generations to come. It’s a true privilege to honor Dick’s contributions by presenting the Regents Medal to the Holland family.”

NU President Hank Bounds said: “There’s no question the University of Nebraska – and our entire state – are in a stronger position today because of Dick Holland’s advocacy, vision and generosity. Through their support for education, the arts and medical research, Dick and Mary changed lives. It is impossible to measure the full impact their giving has had on young children, university students, life-saving research and the enrichment of our community. The university is fortunate to have been a trusted partner in Dick’s work and to be able to carry out his vision for access and opportunity for all even after his passing.”

Along with his late wife Mary, Holland, who died in August 2016 at age 95, was a longtime supporter of the University of Nebraska. Their gift to UNMC’s Durham Research Center established the Cardiovascular Research Laboratories, and they supported the Holland Regenerative Medicine Research Program, the Michael F. Sorrell Center for Health Science Education, the Fred & Pamela Buffett Cancer Center and the College of Public Health. Holland was also a strong champion of biomedical research in Nebraska.

The Hollands’ contributions at UNO included the leadership gift to Baxter Arena naming the Holland Community Ice and support for a supercomputer in the Holland Computing Center that’s one of the most powerful in the world.

Holland’s greatest passion was for providing opportunities for children and families in poverty. He helped establish Building Bright Futures, an initiative to improve academic success among low-income Omaha youth, and founded the Holland Children’s Institute and Holland Children’s Movement to carry out the public policy and advocacy work of Building Bright Futures. He was a partner to NU’s Buffett Early Childhood Institute; a presidential chair in early childhood was recently named in his honor.

The Hollands also were generous supporters of the arts. They made the lead gift to the performing arts center in downtown Omaha that opened in 2005 and was named in their honor.

After graduating from Central High School, Holland majored in chemistry at the University of Omaha until his studies were interrupted by World War II. He later returned to the university where he decided to major in art.

After graduation, Holland took over the advertising agency his father had started. He helped establish the Holland, Dreves, Reilly advertising agency in Omaha and remained a principal member until he retired in 1985. At that time the agency was the second-largest in Omaha.

The Hollands had four children: a son, Dean, who died in 1969; and three daughters, Barbara, Nancy and Andy.

Dick Holland joins a select list of individuals who have been honored with the Regents Medal. Past recipients are: